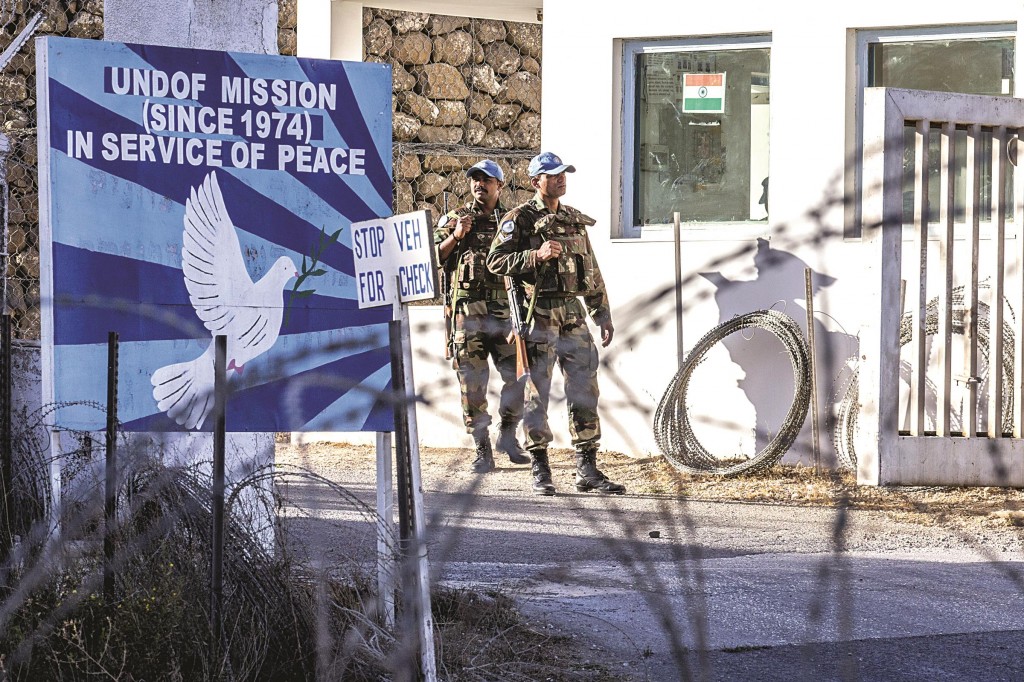 U.N. peacekeepers in the Golan Heights are pulling out from their positions and a camp on the Syrian side of the Syrian-Israeli border due to a severe deterioration of security in the region, the United Nations said on Monday.

The decision to pull some blue-helmeted troops back to the Israeli side of the Golan Heights comes after recent clashes between members of the U.N. mission, known as UNDOF, and al-Qaida-linked terrorists. The skirmishes have been due to increasing spillover from the three-year-old Syrian civil war.

“The situation in UNDOF on the Syrian side and the area of separation has deteriorated severely over the last several days,” U.N. spokesman Stephane Dujarric told reporters.

“Armed groups have made advances in the area of UNDOF positions, posing a direct threat to the safety and security of the U.N. peacekeepers along the ‘Bravo’ (Syrian) line and in Camp Faouar,” he said, adding that all U.N. personnel in those positions have been moved to the “Alpha” — or Israeli  — side.

“UNDOF continues to use all available assets to carry out its mandated tasks in this exceptionally challenging environment,” Dujarric said.

There was no suggestion that UNDOF was shutting down, however.

UNDOF, which was established in 1974, monitors the ceasefire line that has separated Israelis from Syrians in the Golan Heights since the 1973 war.

The force’s personnel come from Fiji, India, Ireland, Nepal, Netherlands and the Philippines. The United Nations said last month that the Philippines has decided to pull out of UNDOF and from a U.N. force in Liberia, which is struggling with an outbreak of the deadly Ebola virus hitting several West African countries.