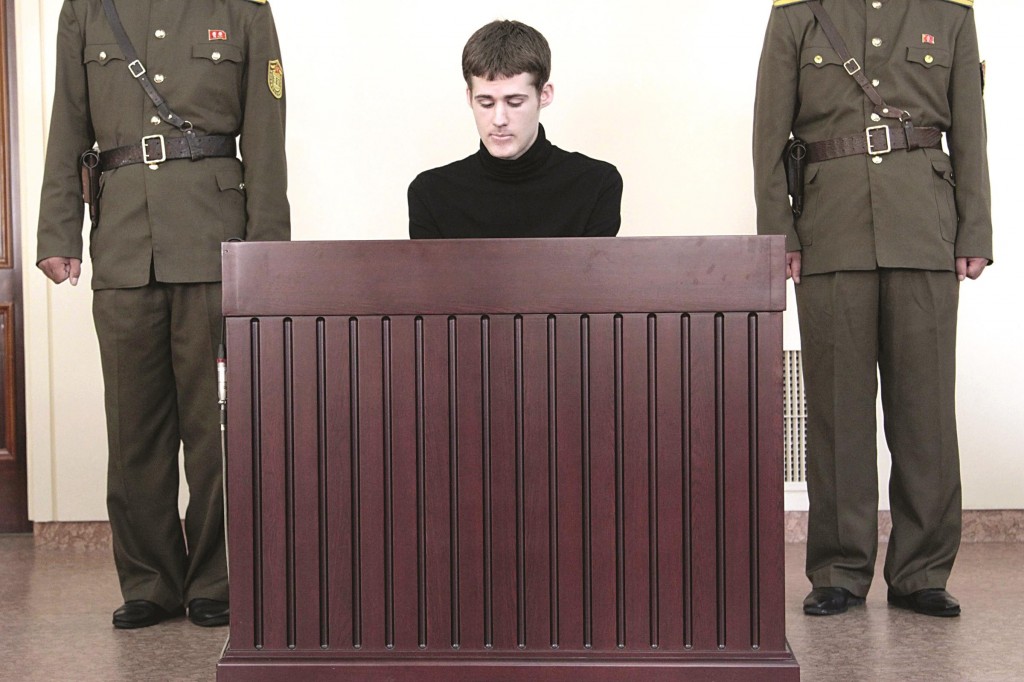 North Korea’s Supreme Court on Sunday convicted a 24-year-old American man of entering the country illegally to commit espionage and sentenced him to six years of hard labor.

At a trial that lasted about 90 minutes, the court said Matthew Miller, of Bakersfield, California, tore up his tourist visa at Pyongyang’s airport upon arrival on April 10 and admitted to having the “wild ambition” of experiencing prison life so that he could secretly investigate North Korea’s human rights situation.

Miller, who looked thin and pale at the trial and was dressed completely in black, is one of three Americans being held in North Korea.

Showing no emotion throughout the proceedings, Miller waived the right to a lawyer and was handcuffed before being led from the courtroom after his sentencing. The court, comprising a chief judge flanked by two “people’s assessors,” ruled it would not hear any appeals to its decision.

Earlier, it had been believed that Miller had sought asylum when he entered North Korea. During the trial, however, the prosecution argued that was a ruse and that Miller also falsely claimed to have secret information about the U.S. military in South Korea on his iPad and iPod.

Miller was charged under Article 64 of the North Korean criminal code, which is for espionage and can carry a sentence of five to 10 years, though harsher punishments can be given for more serious cases.

The Associated Press was allowed to attend the trial.

A trial is expected soon for one of the other Americans being held, Jeffrey Fowle, who entered the North as a tourist and was arrested in May for leaving a Bible at a sailor’s club in the city of Chongjin. The third American, Korean-American missionary Kenneth Bae, is serving out a 15-year sentence for alleged “hostile acts.”

All three have appealed to the U.S. government to send a senior statesman to Pyongyang to intervene on their behalf.

During a brief interview with The Associated Press in Pyongyang last week, Miller said he had written a letter to President Barack Obama but had not received a reply.

“Now that Mr. Miller has gone through a legal process, we urge the DPRK to grant him amnesty and immediate release,” State Department spokeswoman Jen Psaki said in a statement, using North Korea’s official name, the Democratic People’s Republic of Korea.