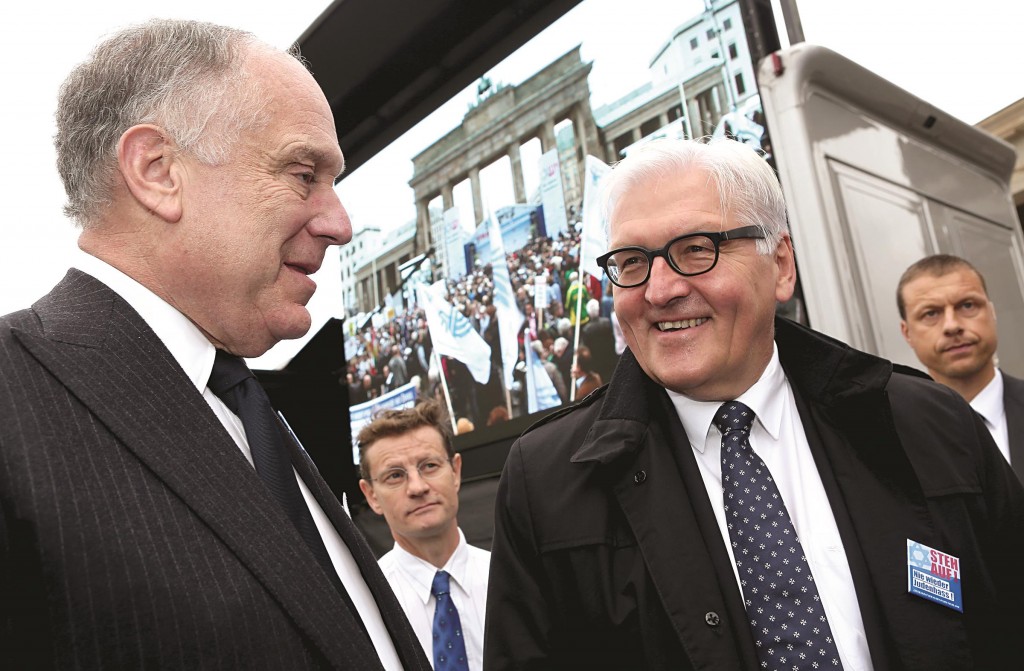 Chancellor Angela Merkel led a rally against anti-Semitism in Berlin on Sunday, telling several thousand people that Jewish life is part of Germany’s identity and she wants to ensure that Jews feel safe here.

Germany’s Jewish community organized the rally at the capital’s Brandenburg Gate after tensions over the Gaza conflict spilled over into demonstrations in Europe that saw anti-Jewish slogans and violence.

President Joachim Gauck joined ministers and Germany’s top Protestant and Catholic clerics at the event along with Muslim community leaders.

Jewish activist Dieter Graumann said the summer saw “the worst anti-Semitic slogans on German streets for many, many decades.”

“We won’t let ourselves be intimidated,” he said. “But we would have liked a bit more empathy in the last few weeks. Many of us still come from Holocaust families … how do you think we feel when we hear on German streets today, ‘Jews to the gas?’”

Merkel said it is “verging on a miracle that well above 100,000 Jews live in Germany today,” seven decades after the Nazi Holocaust. After the end of World War II, only around 15,000 remained in Germany.

Merkel said it pains her to hear of young Jewish parents asking whether they can raise their children in Germany or older people asking whether it was right to stay.

“We are making unmistakably clear with this rally that Jewish life belongs to us — it is part of our identity and culture,” she said.

“We want Jews to feel safe in Germany,” Merkel said. “They should feel that this country is our common home, in which they, like all people who live here, have a good future.”

The president of the World Jewish Congress, Ronald Lauder, pointed to the danger from Islamic extremists and other anti-Semitic propaganda.

“Let us not allow this group of agitators to tear down 70 years of good work,” he said.