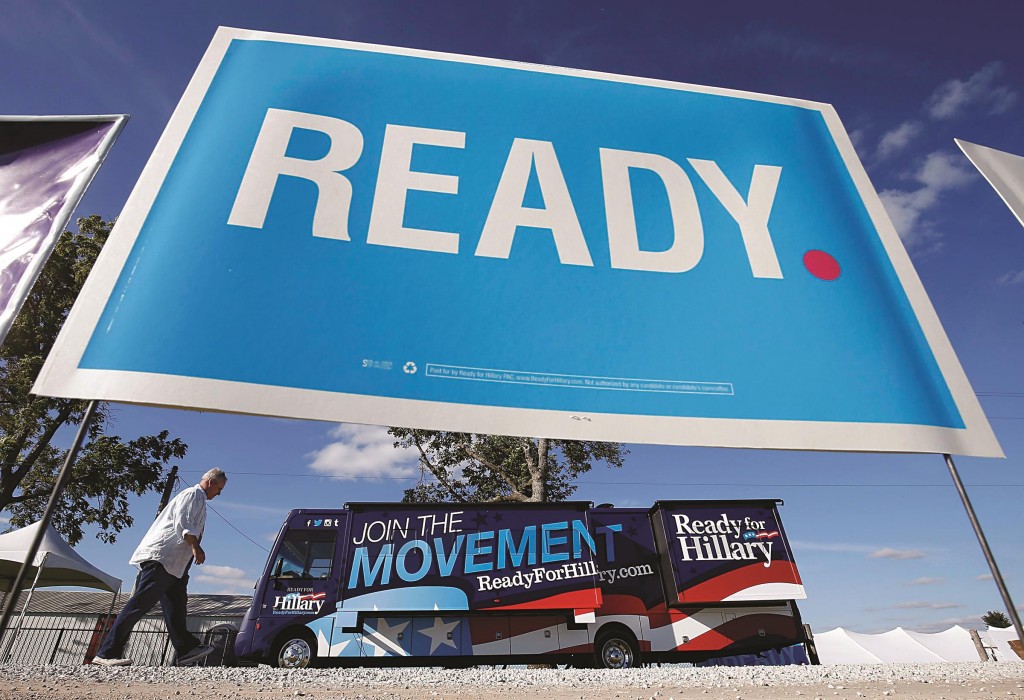 With speculation on a White House run in overdrive, Hillary Rodham Clinton returned to Iowa on Sunday to pay tribute to the state’s retiring Democratic senator as anticipation builds over the possibility of another presidential campaign.

Following a summertime book tour, Clinton was making her biggest campaign splash in 2014 so far, opening a fall of fundraising and campaigning for Democrats who are trying to maintain a Senate majority during President Barack Obama’s final two years. The event was serving as a farewell for Harkin, a liberal stalwart and former presidential candidate who is retiring after four decades in Congress.

Obama defeated Clinton in the state’s leadoff presidential caucuses in January 2008, and the former secretary of state has not returned since. Iowa Democrats said Clinton remained widely popular and predicted she would receive broad support if she chooses to run again.

“Barack Obama was a phenomenon. He just was. I’ll give him credit, he worked hard in Iowa, but so did she,” Harkin said, when asked whether Clinton would do things differently in the state if she runs in 2016.

“I honestly believe she will be the next president,” said Cindy Sturtz, a union member from Fort Dodge, who caucused for Obama in 2008 but says she plans to support Clinton if she runs again.

The Clintons’ arrival offered the possibility of a fresh start for the former New York senator and first lady, whose campaign stumbled in the months leading to the caucuses.

Clinton, who has conferred with Iowa Democrats in recent days, would enter a presidential campaign with a large advantage over potential rivals. Early polls have shown her leading other Democrats by wide margins, including Vice President Joe Biden and Maryland Gov. Martin O’Malley.