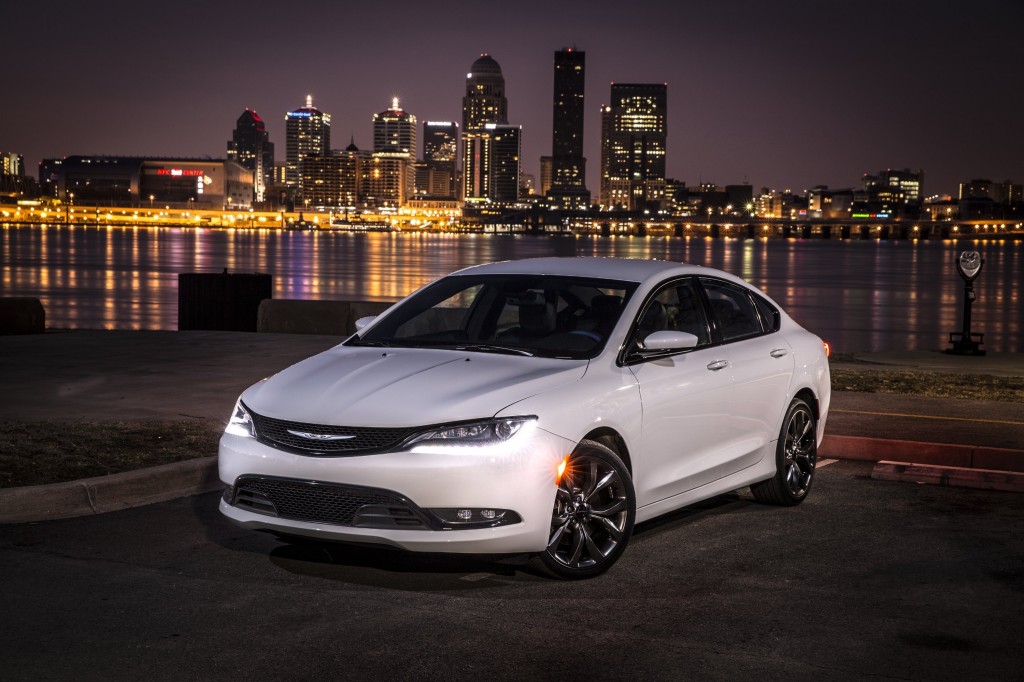 It’s been a long time since Chrysler has built a car worth smiling about.

But on a recent visit to Los Angeles, Chrysler CEO Al Gardner couldn’t stop grinning as he leaned against his company’s all-new 200 sedan. After a week of testing several versions of the car, which starts at $22,695, it’s clear the 50-year-old Brit has a lot to smile about.

“It’s fantastic,” Gardner said of releasing the 2015 model after years of building subpar cars. “We’re finally getting to do what we’ve always wanted to do.”

Chrysler would have liked to build a competitive sedan that could rival the likes of the Honda Accord, Toyota Camry, Ford Fusion and Nissan Altima, Gardner said. But the money was never there.

Blame the failed merger between Chrysler and Mercedes parent Daimler in 1998, and the subsequent sale of the company to private-equity firm Cerberus in 2007. Both overlords slashed research-and-development budgets, damaging the automaker’s ability to compete.

As a result, the Chrysler 200 — and its predecessor, the Sebring — were the dunces of the mid-size segment. For more than a decade, their sales have been dwarfed by the segment leaders, according to data from Edmunds.com.

Bankruptcy followed in 2009. After Chrysler emerged from it, Fiat stepped in to begin a gradual merger that was completed this year. Fiat’s involvement finally meant money to develop competitive cars. It’s a slow process, and the new 200 is one of the first fruits of the renewed investment.

He admitted that the previous 200 was a stopgap measure to hold the company over while it worked on this latest version.

To make the 200 competitive in a tough, high-volume segment, Chrysler knew it had to set its car apart in a meaningful way.

Chrysler attacked this goal with a clean-sheet redesign of the 200, inside and out. The car has an upscale feel, especially considering the $22,695 base price. The sleek sedan is also a bit of a looker.

The wind-swept exterior has barely an edge anywhere. The lines of the grille flow seamlessly into streamlined headlights that duck around the corner of the 200.

This Chrysler’s nose has more of a wedge shape than its competitors’, for better aerodynamics and efficiency. Chrysler was able to pull this off because it’s not selling the car in Europe, where pedestrian crash regulations dictate a more blunt and upright face.

The gradually sloping roofline and short trunk lid give the 200 the coupe-like profile that’s in vogue with a variety of today’s sedans. The standard LED taillights look great at night, doing a fair impression of an Audi.

Chrysler is confident that if the outside of this car can bring new buyers into the dealerships, the interior can seal the deal.

Solid construction keeps the noise of the outside world at bay as well as any luxury car. The seats are comfortable in all the right places. The center console slopes down from the dashboard to the armrests — not unlike in high-end German brands — putting controls within easy reach.

The shifter for the automatic transmission is now a rotary knob on the center console, which opens up plenty of useful space below. Even the console’s cup holders slide out of the way and reveal a hidden storage space beneath.

The only drawback to the 200’s cabin is visibility; you could hide a tour bus in the car’s blind spots. Because of the car’s sleek profile, the roof feels lower than it might in a different sedan, and cuts into rear headroom. Opt for the $995 moon roof to open up the otherwise cozy cabin.

The 200 comes standard with a 2.4-liter, four-cylinder engine. It makes 184 horsepower and 173 pound-feet of torque. An all-new nine-speed automatic transmission pushes power to the front wheels.

The engine is smooth, quiet and capable enough for a mid-size sedan. Acceleration isn’t exactly brisk at 8.6 seconds for zero to 60 mph, according to Motor Trend, but in the real world the car doesn’t feel slow.

The transmission, which Chrysler also uses in the Jeep Cherokee that shares the 200’s platform, needs multiple downshifts to find meaningful passing power, and by then you may have missed your window. It also seemed to pause briefly before shifting. And when it did, the shifts could be harsh.

The four-cylinder 200 is rated at 23 mpg in the city and 36 on the highway, and during a week of testing it in city driving, we averaged 22 mpg.

Chrysler also offers its excellent Pentastar V-6 as a $1,950 option on high-end models. It pumps out 295 horsepower and 262 pound-feet of torque to the front wheels, though all-wheel drive is a performance-oriented option. Although this engine gives the Chrysler 200 hot-rod chutzpah, you’re still dealing with the inconsistent nine-speed transmission.

But we recommend skipping the 200S model and its annoying sport-tuned exhaust and harsh ride. If you’re willing to load your car with options, choose the more luxury-oriented 200C. It wants for nothing.

So, too, is the entire lineup. We spent the most time in a 200 Limited, the likely volume seller for Chrysler. For $25,790, our four-cylinder car had such features as a backup camera, heated front seats, 17-inch alloy wheels, keyless entry, satellite radio with Bluetooth, and a power driver’s seat.

Chrysler’s 200 deserves a long look by anyone on the hunt for a mid-size sedan. It challenges the segment’s stalwarts, and does so with equal parts style and value.

The next several years will see Chrysler revamp its lineup as it moves to become Chrysler Group’s mainstream brand. An all-new Town & Country minivan, a compact sedan called the 100, and both a mid-size and full-size crossover SUV are all planned. A revised 300 full-size sedan will debut at the L.A. Auto Show in November.

With the Fiat merger, Chrysler got what it had been sorely lacking for years: investment. Now comes the pressure of delivering.

“It will make us gray and sleepless at night,” Gardner said, “but we love it.”

Times take: The new face of Chrysler should make anyone smile

Highs: Impressive design inside and out, good value, smooth engine