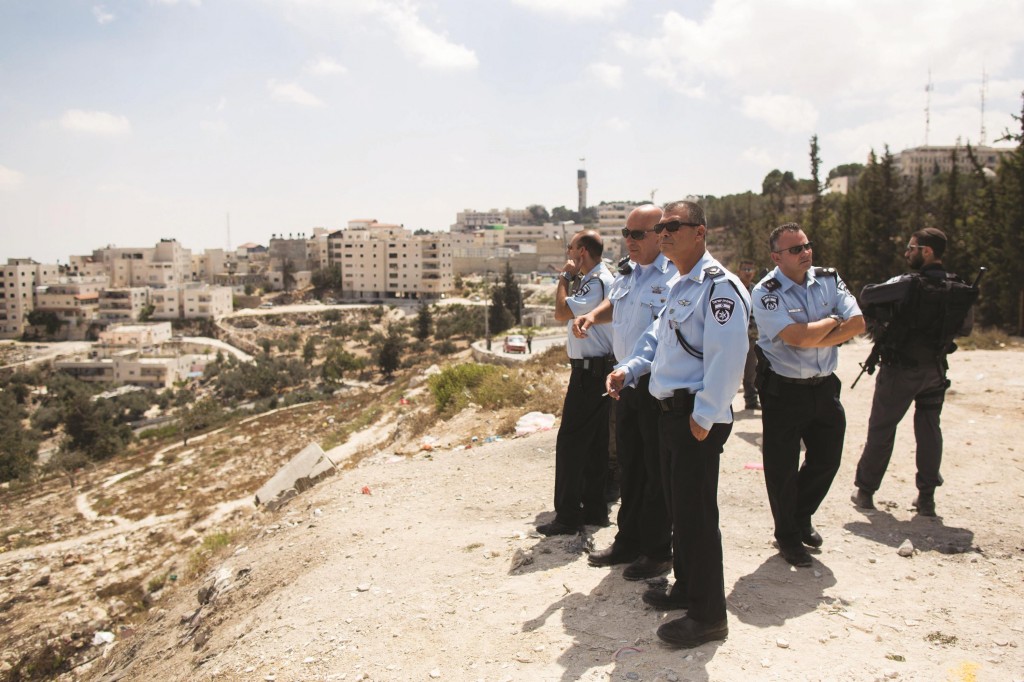 For the second time this week, Israeli officials toured Yerushalayim neighborhoods which have been suffering from mounting Arab violence, and promised better security.

Members of the Knesset’s Interior Committee toured eastern Yerushalayim’s “seam line” between Arab and Jewish neighborhoods and Har Hazeisim on Thursday to see for themselves the deteriorating security situation, Arutz Shevareported.

The tour, led by committee chairwoman Miri Regev (Likud), was scheduled in response to hundreds of complaints from Jewish visitors to Har Hazeisim who cited rock-throwing attacks and vandalism of the graves of their loved ones.

Once again, as in the case of Interior Security Minister Yitzchak Aharanovitch’s visit to French Hill two days before, the officials heard from local residents who are frustrated and angry at the failure of police to deal with the problem.

“There is not a single time we drive on the road without being hit by a barrage of rocks,” said Ofir, a resident. “We tried not to be here during the summer.”

Representatives of the International Committee for the Protection of the Mount of Olives in Israel, Jeff Daube and Harvey Schwartz, told the Knesset delegation that police offer very little protection to Jewish visitors.

Regev demanded to know: “Where is the police presence and the deterrence? Why do Jews have to be attacked with rocks because of Protective Edge? Citizens of the state must be able to travel safely, everywhere. The police must accelerate the pace of arrests.”

But in response to the charges of police inaction, he cited their efforts, including a 24-hour-a-day presence along the road connecting Issawiya and French Hill. Parienti did also mention a manpower shortage, indicating that the police don’t have enough resources to act effectively.

In July and August, he said, there was increased violence because of the murder of an Arab youth, Mohammed Abu Khder, and also because of the Ramadan month and Operation Protective Edge.

“We had 30 ‘friction locations’ every night, and now there is a meaningful decline” in the violence, he said. “I am optimistic that soon, we will restore quiet. There are no magic solutions. We strive for contact and we have dozens of wounded policemen and hundreds of arrestees.”