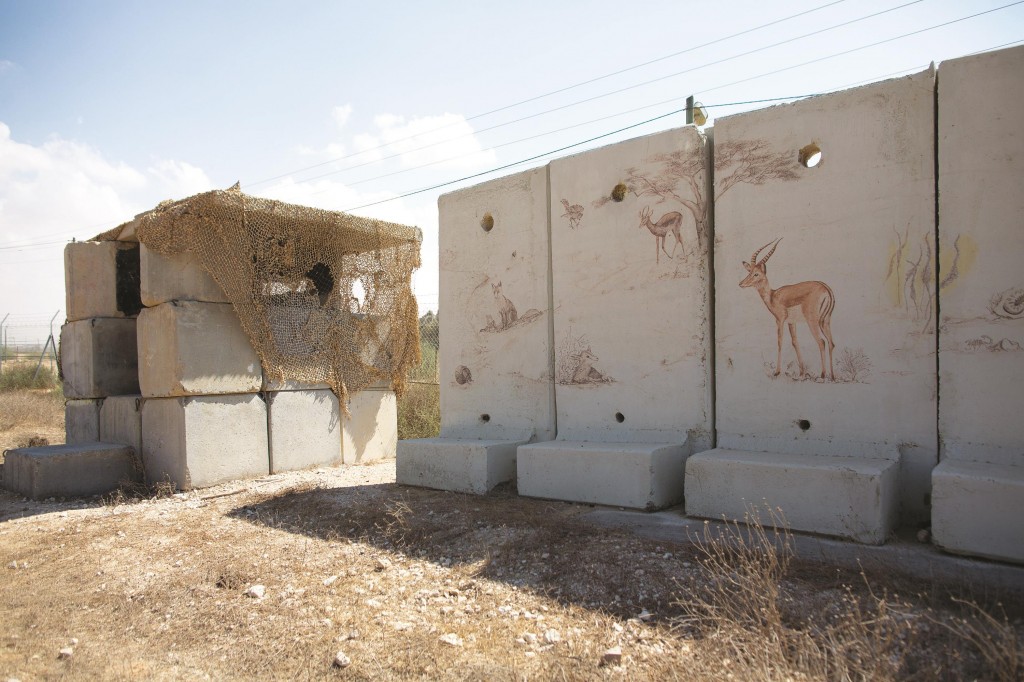 On the kibbutzim near the Gaza Strip, life is continuing as normal. The children are going to school and families sit on their terraces. Ringing sirens have been replaced by school bells. Only one shattered sidewalk near the security lookout post serves as a witness to the mortar shell that fell here just two days before the ceasefire. Yet despite outward appearances, soldiers who were stationed here throughout Operation Protective Edge have not left their posts.

In recent weeks, members of the Engineering Corps in the patrol brigade of the Nachal were stationed around the towns and kibbutzim in the Gaza Envelope region in an effort to convey a sense of security for residents. “The families see serious soldiers, and just the very fact that we are here contributes as much as our security presence,” the commander of the team, Lieutenant Matan says.

Just a few weeks ago, Lieutenant Matan participated in the combat in Gaza, and although it seems as though things are completely different, they have just redirected their efforts. “In Gaza we were busy fighting and here we busy with defense,” he explains. “The threats we have heard about during the war are still relevant, so it’s important for us to be here now.”

One significant attempt at an attack was carried out during the operation, when terrorists infiltrated into Israel through a tunnel opening discovered some 500 meters from the entrance of the kibbutz. “The readiness of the soldiers and the training they had for what is classified as a “complex attack” — which includes several elements such as infiltration of terrorists through a tunnel, a kidnapping and missiles,” Matan explains.

During the operation the brigade carried out engineering missions in Gaza. “We helped the engineering forces deal with the tunnel threats,” he relates. “Even when we were in assembly grounds, we felt like we were in combat because we understood that a terrorist could emerge from a tunnel at any time. We are ready and take our mission seriously. There’s an atmosphere of continuity.”

For the soldiers, the defense of the towns near Gaza is especially significant. “If we weren’t here there would be no one who will do it. We are here to watch them, no matter where and when,” one soldier, Sergeant Shaked, says. “The residents feel safer when we are here.”

Although it is quiet, the soldiers are aware that just a few weeks ago it was not, and tensions could flare at any moment.

The deceptive situation means that commanders have to make sure their soldiers remain on alert, even in civilian surroundings. “We give them daily briefings and keep training,” Lieutenant Matan says. “In the event something develops we will be able to deal with it optimally.”

They are happy to see families getting back to normal. “Before the ceasefire we didn’t see any children here; there were hardly any residents at all,” says Shaked. “When the operation was over we saw families and children coming back. It was nice to see them returning to their lives and knowing that we are making it possible for them to maintain routines just because we are here. We give them a sense of security, even if we only wave at them from the lookout post.”