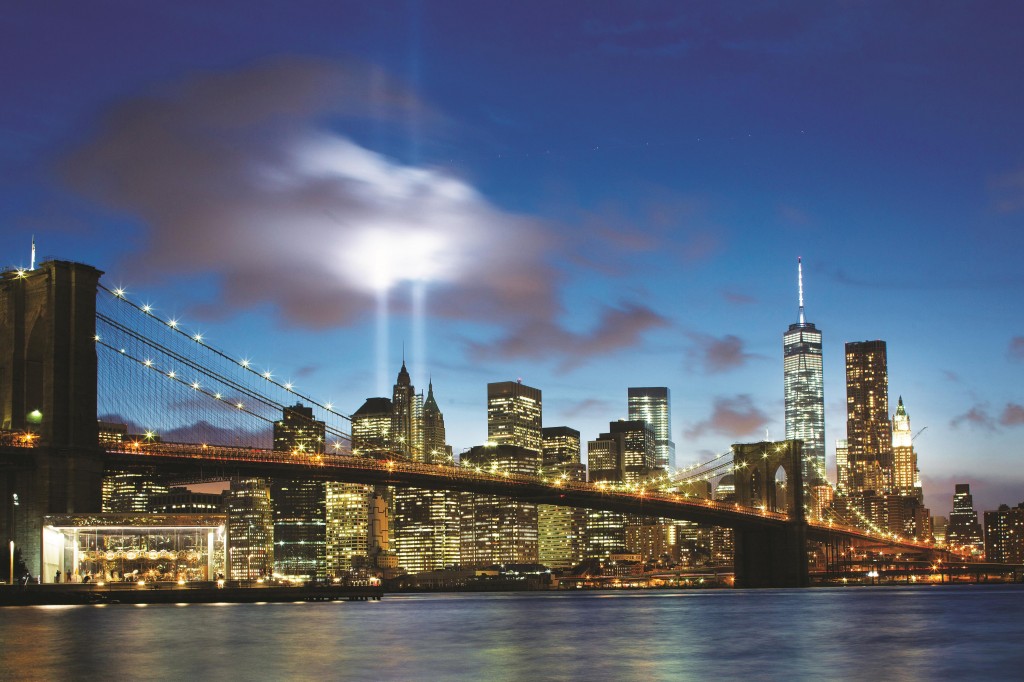 With the solemn toll of a bell and a moment of silence, the nation paused Thursday to mark the 13th anniversary of the Sept. 11 attacks at the hallowed site just hours after President Obama promised to root out and destroy a new group of terrorists threatening the U.S.

Family and friends of those who died read the names of the nearly 3,000 people killed in New York, at the Pentagon and near Shanksville, Pa.

The shadow of a renewed threat hung over the New York City ceremony, where the sad roll call paused six times: to mark the moments when the four planes crashed and when both towers fell.

Little about the annual ceremony at Ground Zero has changed. But so much around it has.

For the first time, the National Sept. 11 Memorial Museum — which includes artifacts and graphic photos of the attacks — is open. Fences around the memorial plaza have come down, integrating the sacred site more fully with the streets of Manhattan.

A new mayor is in office, Bill de Blasio, one far less linked to the attacks and their aftermath than his immediate predecessors. And finally, a nearly completed One World Trade Center has risen 1,776 feet above Ground Zero and will soon be filled with office workers.

For some, the feel of a return to normalcy in the area threatens to obscure the tragedy that took place there and interfere with their grief.

“Instead of a quiet place of reflection, it’s where kids are running around,” said Nancy Nee, whose firefighter brother, George Cain, was killed in the attack. “Some people forget this is a cemetery. I would never go to the Holocaust museum and take a selfie.”

The first ceremony at the site was held six months later and was organized by then-Mayor Michael Bloomberg and his aides. Bloom­berg acted as the master of ceremonies for the next decade. He attended on Thursday, along with Rudy Giuliani who was mayor during the attacks, New Jersey Gov. Chris Christie and New York Gov. Andrew Cuomo.