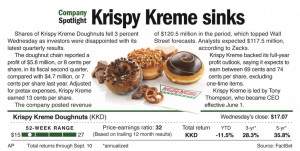 Apple rose 3.1 percent, its biggest gain since April, a day after announcing updated versions of the iPhone, a new smartwatch and a mobile payment system. The company is the largest component of both the Standard & Poor’s 500 and Nasdaq composite indexes.

Gains in the broad market were muted as investors fretted over the timing and pace of Federal Reserve increases in interest rates, which are widely expected next year.

A drop in a key oil price to the lowest level since in nearly 11/2 years also weighed on the market. Several oil companies fell. Chevron dropped 0.7 percent.

EBay fell 3 percent over fears its PayPal division will lose business to Apple’s new payment system. But GPS device maker Garmin reversed big losses from Tuesday with a gain of 4 percent as investors seemed to dismiss the threat from the Apple’s smartwatch.

Investors were questioning whether the U.S. Federal Reserve might raise its benchmark interest rate earlier than many had expected as the economy gains strength. In a note to clients Wednesday morning, Steven Ricchiuto, chief economist at Mizuho Securities, said he thinks the consensus over the timing of the first increase will soon shift to early next year, rather than over the summer.

Also weighing on markets was a $1.12 drop in Brent crude to close at $98.04 a barrel, the lowest price since May 2013. It was the fifth straight drop for Brent crude, a benchmark for international oils used by many U.S. refineries.

The price of U.S. benchmark oil also fell to its lowest level since January after the Energy Department reported large increases in stocks of gasoline and diesel. Benchmark U.S. crude fell $1.08 cents to close at $91.67 a barrel on the New York Mercantile Exchange.

• Krispy Kreme Doughnuts fell 54 cents, or 3 percent, to $17.07 after its second-quarter earnings fell short of analysts’ expectations. The stock is down 12 percent since the start of the year.

• Palo Alto Networks rose $9.47, or 11 percent, to $98.75 after the security-software maker forecast healthier revenue in its first quarter.

The price of the 10-year Treasury note fell. The yield rose to 2.54 percent from 2.50 percent on Tuesday.

This article appeared in print on page 10 of the September 11th, 2014 edition of Hamodia.