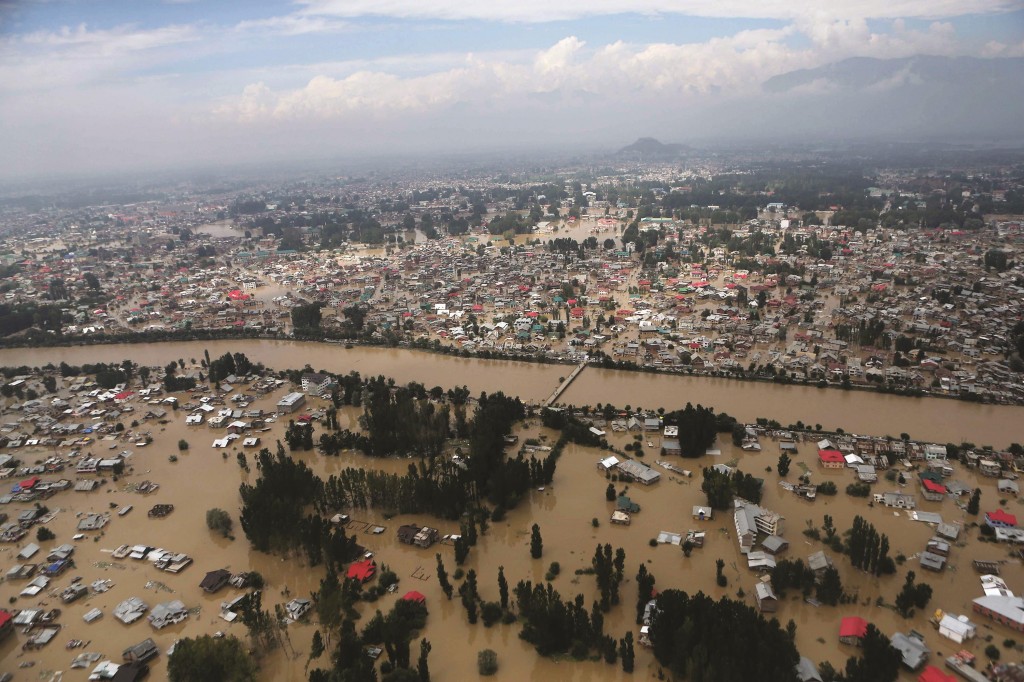 Raging monsoon floods sweeping across India and Pakistan have killed more than 440 people, authorities said Tuesday, warning hundreds of thousands more to be prepared to flee their homes as helicopters and boats raced to save marooned victims.

Authorities in Pakistan say the floods, which began Sept. 3, are the worst since massive flooding killed 1,700 people in 2010. Pakistan’s minister for water and power, Khwaja Mohammad Asif, warned parliament that some 700,000 people have been told to leave their homes, which could be inundated in the next four days.

Pakistani and Indian troops have been using boats and helicopters to drop food supplies for stranded families and evacuate victims. However, the challenge of the situation grows as more than 1.5 million people are now affected as the rushing waters have destroyed the homes of thousands of families.

“This is a sad moment for all of us,” Pakistani Prime Minister Nawaz Sharif said, addressing flood victims in the country’s Hafiz district. “These floods came suddenly and no one knew that such a large flood was coming.”

The floods have triggered landslides in the divided Kashmir region, split between the two arch rivals, and caused much devastation in northern and eastern Pakistan.

The rains washed away houses, bridges, communication equipment and crops. Pakistani and Indian troops say they have evacuated more than 60,000 people.

Others have waded through waist-deep water to escape the floods, as women carried children and household items on their shoulders, and others dragged their livestock along. On roadsides, families set up makeshift camps. Hundreds of others remain stranded on the rooftops, waving for help to every passing helicopter.

In Pakistan, the floods are moving south, said Ahmad Kamal, a spokesman for the country’s National Disaster Management Authority.

The inundated Kashmir region in the northern Himalayas is divided between India and Pakistan and claimed by both. Two of the three wars the countries have fought since their independence from Britain in 1947 have been over its control.

Although the rains have stopped, the flood waters are likely to submerge hundreds of more villages. Pakistani authorities braced for worsening conditions as water levels in the Chenab and Indus rivers rose, Kamal said.