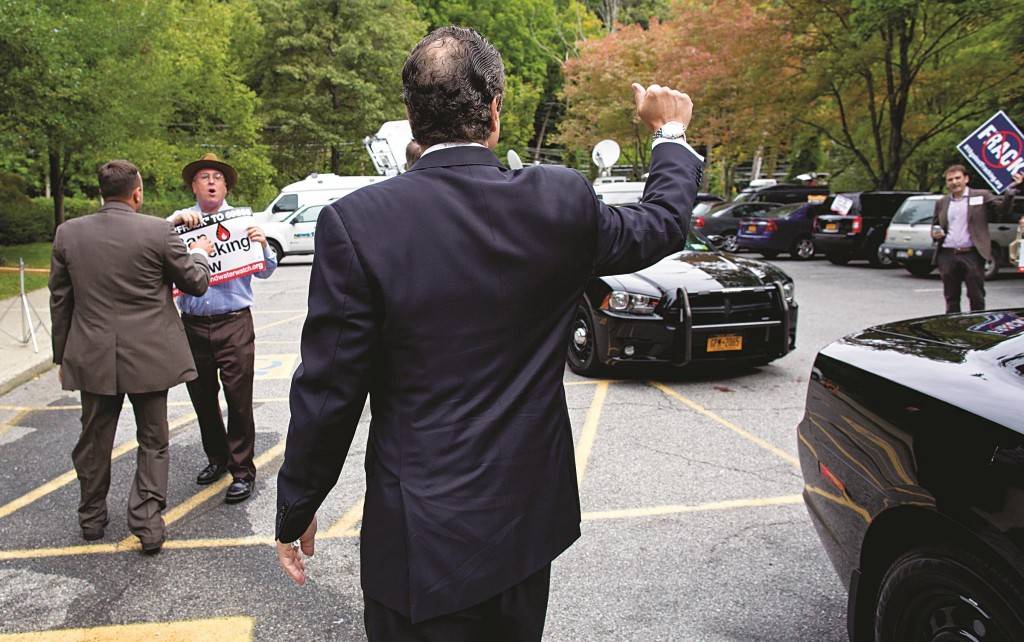 The Democratic primary served as a stinging rebuke to Gov. Andrew Cuomo after a little-known law professor claimed a surprising 35 percent showing and complicated his path to re-election as well as possible presidential ambitions.

“I will not be your next governor,” she said. “But the Democrats of this state have been heard.”

Cuomo hosted no victory party, instead releasing a statement congratulating Teachout — the first time he had referred to her by name publicly — and looking forward to the November election, when he faces Republican Rob Astorino, the Westchester County executive.

Tutini received 1,141 votes, or 36 percent, to Wieder’s 1,034 votes, or 33 percent. Wieder got the news of his opponent’s victory while he was in Boro Park Tuesday night to attend his brother’s chasunah.

Tutini has an uphill battle against Jaffe in a Republican-leaning district.

Adams, the current Brooklyn borough president, endorsed Hamilton, his chief of staff, who won 65 percent of the Democrat primary. His opponent, Rubain Dorancy, who got 30 percent, was backed by Mayor Bill de Blasio in what was seen by some as a behind the scenes battle between the mayor and Adams.

Hamilton, whose interview with Hamodia appeared in Friday’s edition, will take office in January since there is no GOP foe.

Bichotte, whose three opponents divided the other 50 percent, attained nearly wall-to-wall backing from top leaders of the state and city, along with much of the union support. Bichotte, who is a Haitian-American, represents the new face of the district, which used to have a significant Jewish population and today boasts a majority of African-Americans.

She will take office in January since there is no GOP opponent.

Assemblyman Felix Ortiz, who represents the northern edges of Boro Park, beat back a challenge from Ceaser Zuniga, who tried to become the first Mexican-American in Albany. The chairman of the legislature’s Hispanic Caucus, Ortiz got 71 percent.

Voters in both parties showed tolerance for lawmakers facing criminal charges, though one of three state senators with future court dates lost.

Sen. John Sampson of Brooklyn turned back challenges by winning 55 percent of the vote. The 17-year incumbent is accused of embezzling $440,000 when he was a court-appointed referee watching over escrow accounts for sales of foreclosed properties. He’s also accused of funneling funds into his failed campaign for Brooklyn district attorney.

And Republican Sen. Tom Libous of Binghamton defeated political newcomer Denver Jones. Libous pleaded not guilty this summer to a federal charge that he lied to the FBI about using his position to arrange a legal job and an inflated salary for his son.

Not so fortunate was Sen. Malcolm Smith, a former Democratic leader in the chamber whose 14-year run representing Queens ended amid allegations he schemed to bribe his way into the 2013 mayoral race. He was beaten by former Councilman Leroy Comrie, who received 70 percent.

While few expected Teachout to crack 30 percent, many Cuomo critics had hoped Wu might squeak past Hochul. He managed to claim a bigger share of the vote than Teachout, but Hochul won big in western New York.

With incumbent Lt. Gov. Robert Duffy not seeking another term, Hochul and Cuomo will run together in the fall and face Astorino and his running mate, Chemung County Sheriff Chris Moss.

Renegades Rally, But Will They Come Home?

Sens. Jeff Klein and Tony Avella, members of the IDC led by Klein, defeated their respective challengers, Oliver Koppell and John Liu. The five-member bloc allied with Republicans to control the Senate, but Klein had vowed to return to the Democratic fold under threat of a primary challenge.

Avella had 52 percent of the vote in the Queens district, to the 48 percent captured by Liu, a former New York City comptroller.

Barron took 63 percent of the vote, to anti-poverty activist Chris Banks’s 37 percent. The race had none of the urgency Barron’s election in 2012 had against Hakeem Jeffries, when President Barack Obama, Bill Clinton and an array of national and local Democrats got involved to deny him victory.

Banks had told Hamodia earlier this year that he wanted to “retire the Barrons” from politics.

Sen. Mark Grisanti, a Republican who angered his party with his 2011 vote to legalize immorality in the state, was defeated by conservative attorney Kevin Stocker in the primary in western New York.

Stocker had attacked Grisanti’s support for stricter gun controls pushed by Cuomo and for his 2011 vote. Grisanti was the only one of the four Republicans who voted for the law still in office after surviving a primary challenge from Stocker in 2012 and defeating Democratic and Conservative party opponents in the general election. With Tuesday’s vote, all four have been defeated electorally.