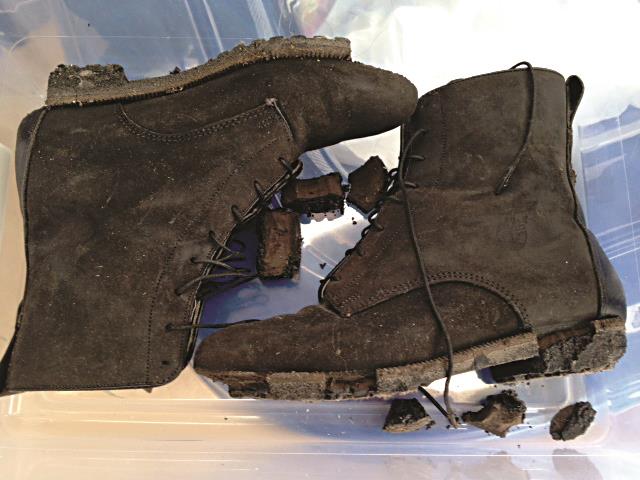 A retired police detective gave the sole-scorched boots she wore while working amid the smoking wreckage of the Twin Towers.

A survivor contributed her World Trade Center worker ID, dust-coated clothes and the shoes she shed going down 87 flights of stairs to safety, items she’d kept boxed in a basement for 13 years.

“I didn’t think that this would be anything they would want,” said JoAnne ‘JoJo’ Capestro, the finance worker who donated her clothing. “But once I went in there  … I [decided] I wanted to share it with people.”

Since the museum’s May opening, victims’ families, survivors, rescue workers and others have come forward to add about 135 new gifts to its collection, chief curator Jan Seidler Ramirez said.

Relatives have brought new photos or recorded new remembrances to profiles of the nearly 3,000 victims. Others have added to the wallets, helmets, and other personal effects in a collection that looks at the terrorist attacks through the lens of individual lives.

Some new donors to the Sept. 11 museum hadn’t realized everyday possessions could be museum exhibits. Others weren’t ready earlier to part with the artifacts or wanted to view the museum before entrusting it with cherished, if wrenching, mementoes.