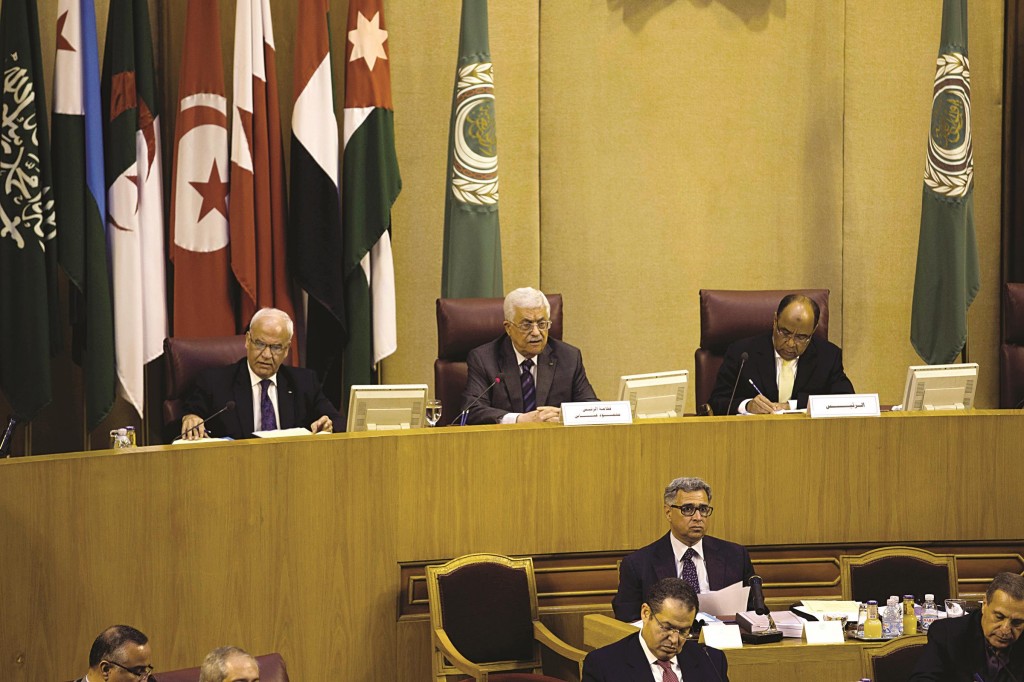 Arab foreign ministers have backed Palestinian President Mahmoud Abbas’s appeal to the United Nations to set a deadline for Israel to withdraw from Yehuda and Shomron and make way for an independent Palestinian state.

The Palestinian ambassador to Egypt, Jamal al-Shobaki, said that the Arab resolution calls for the Arab League chief to push the idea in the U.N. Security Council and other regional and international groups.

Al-Shobaki said the foreign ministers are discussing the draft resolution.

Israel strongly opposes Palestinian attempts to pursue independence at the United Nations, saying it is an attempt to circumvent the negotiating process.

Al-Shobaki conceded that an American veto is a possibility in the Security Council. With Israel opposed to the withdrawal to its pre-1967 lines, it will likely seek U.S. help in thwarting the bid.

“This is a political battle,” he told The AP. If a veto happens, he said, the Palestinians will pursue their bid for joining the International Criminal Court, where they could pursue war crimes charges against Israel.