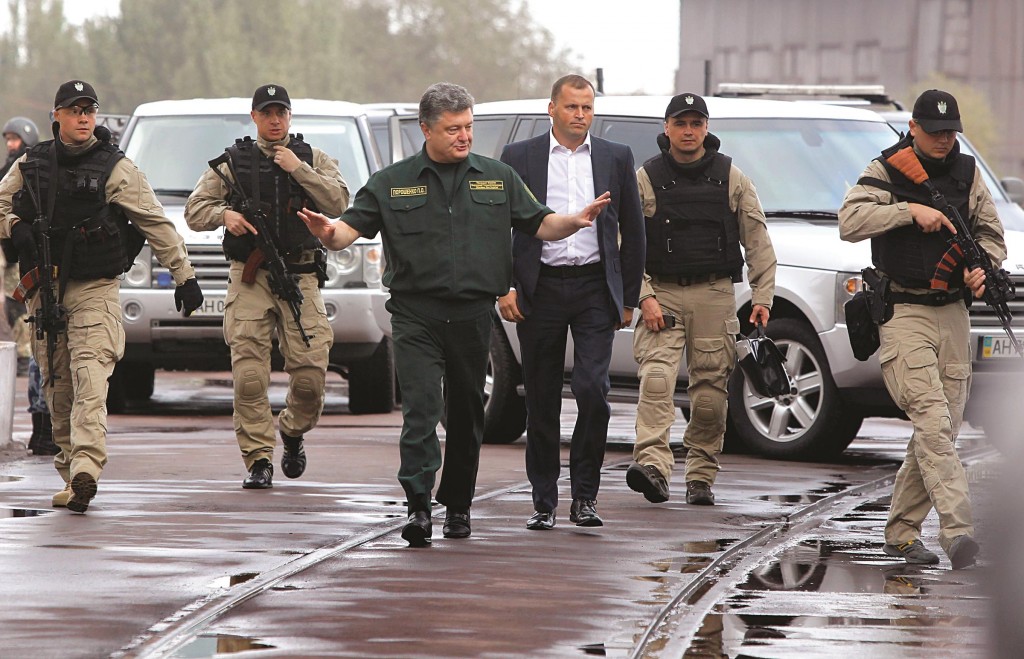 Ukraine’s president made a surprise trip Monday to a government stronghold in the turbulent southeast, delivering a fiery speech to hundreds of workers in hard hats in a dramatic show of Kiev’s strength in the region.

“This city was, is, and will be Ukrainian!” President Petro Poroshenko told metal plant workers in the embattled coastal city of Mariupol.

Poroshenko’s trip to the strategic port, just days after it faced sustained rebel fire, underscored that Kiev is unlikely to willingly loosen what remains of its grip on Ukraine’s rebellious east. It also came as a tenuous cease-fire appeared to be holding Monday between the Russian-backed separatists and Ukrainian troops in eastern Ukraine.

The president spoke from a stage decorated with Ukraine’s blue-and-yellow colors after leading the room in singing the national anthem.

“Mariupol proved that we won’t let anybody burn our city to the ground. The workers of Mariupol protected peace and calm in the city,” he said, emphasizing that in eastern Ukraine “our most important resource is people.”

But despite the symbolic display of strength, Poroshenko was often on the defensive in his speech, insisting that he had not agreed to Friday’s cease-fire out of weakness. He also reiterated that independence for the separatist region was off the table and that there would be no political negotiations to end the crisis other than with “elected leaders” of the region — but exactly who those leaders were was left unclear.

Those comments signaled that, even if the truce holds, eastern Ukraine’s entrenched political problems are far from being resolved.

The area around Mariupol had remained relatively untouched by violence until the last two weeks, when rebel forces pushed toward the city, shelling its outskirts as recently as Saturday. The port is strategically located on the Sea of Azov, raising fears that if it fell, the rebels could link up mainland Russia with Crimea, the Black Sea peninsula annexed by Russia in March. The move would cost Ukraine another huge chunk of its coastline and all the mineral riches believed to be under the Sea of Azov.

As Poroshenko spoke, the shaky truce that was implemented late Friday appeared to be taking root.