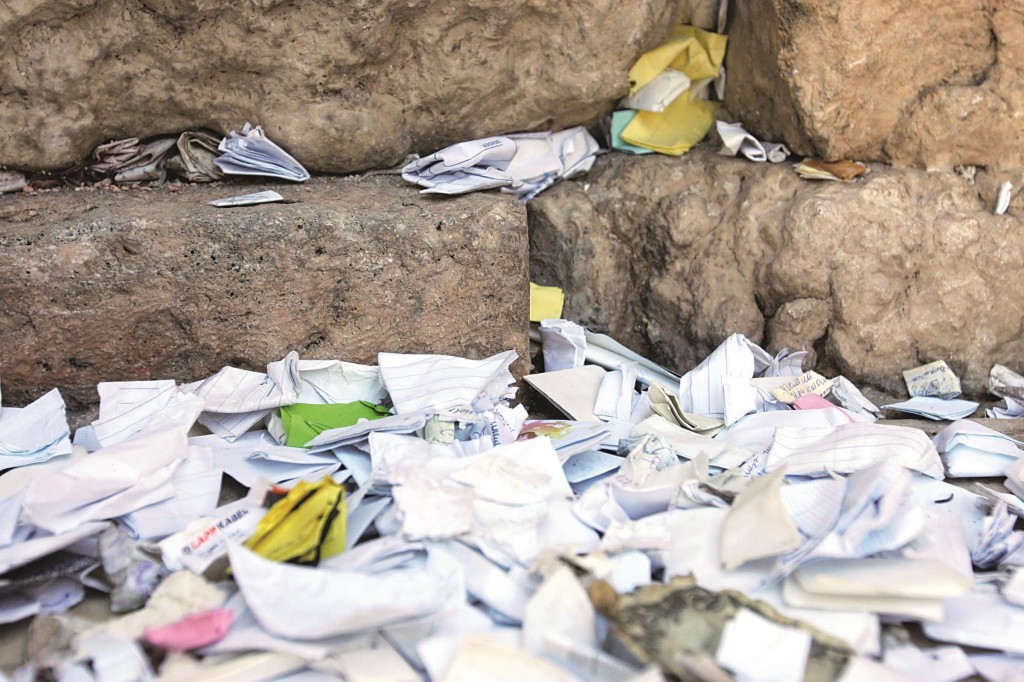 A disturbing phenomenon has been taking place involving the prayer notes, or kvitlach, tucked into the crevices of the Kosel: someone is purloining them and publishing their contents on social networks.

Rav of the Kosel Harav Shmuel Rabinowitz has lodged a complaint with the police,  denouncing the publication of the private missives as “the desecration of a holy place,” and “injurious to the feelings of those placing them there.”

Rabbi Rabinowitz added: “The custom of placing prayer notes in the Kosel is an ancient one. Revealing them is a despicable act that violates the intimate covenant between man and his Creator. It is the responsibility of every person to protect the dignity of worshippers and the contents of their prayers.”

Tens of thousands of worshipers every year insert written prayers in the nooks and crannies between the stones. Because of the volume of notes, they are collected twice a year and buried on Har Hazeisim.