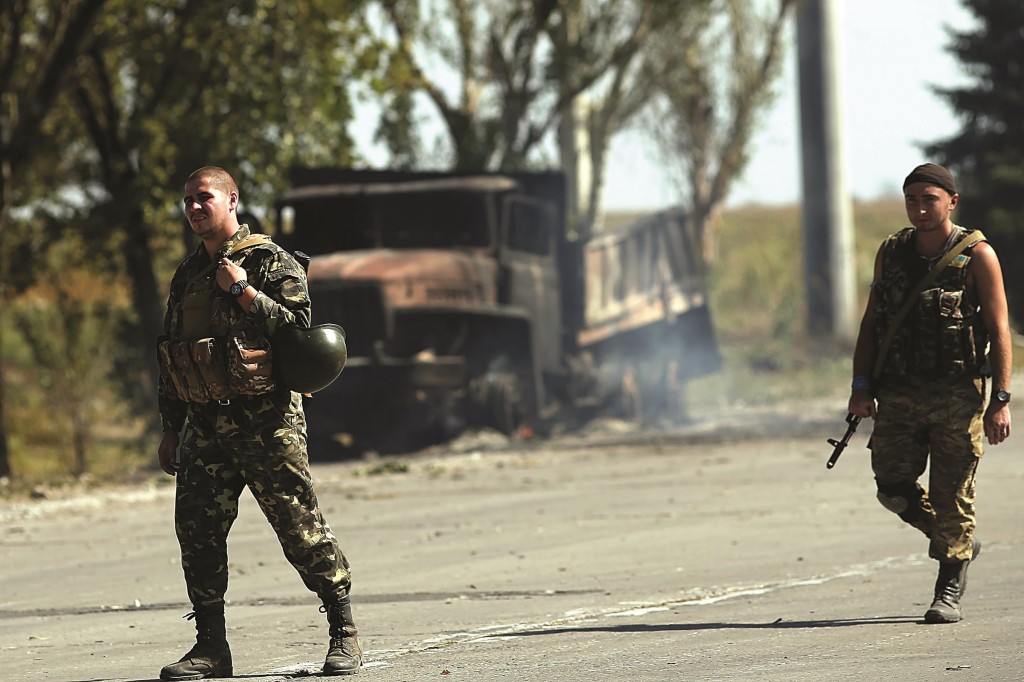 A woman died and at least four people were wounded when fighting flared again in eastern Ukraine overnight into Sunday, jeopardizing a ceasefire struck less than two days earlier between Ukrainian government forces and pro-Russian separatists.

The accord, brokered by envoys from Ukraine, the separatist leadership, Russia and Europe’s OSCE security watchdog, is part of a peace plan intended to end a five-month conflict that has killed nearly 3,000 people and caused the sharpest confrontation between Russia and the West since the Cold War.

Shelling resumed near the port of Mariupol on the Sea of Azov late on Saturday, just hours after Russian President Vladimir Putin and Ukrainian counterpart Petro Poroshenko had agreed in a phone call that the truce was holding.

Fighting also broke out early on Sunday on the northern outskirts of rebel-held Donetsk, the region’s industrial hub. A Reuters reporter saw plumes of black smoke filling the sky near the airport, which has been in the hands of government forces.

“Listen to the sound of the ceasefire,” joked an armed rebel. “There’s a proper battle going on there.”

The two cities then turned quiet for much of Sunday, but a Reuters witness in the early evening reported several mortar blasts within the city of Donetsk. They damaged a bridge where the rebels had erected a roadblock.

In a new report, Amnesty International accused both the rebels and Ukrainian militia of war crimes and it published satellite images it said showed a build-up of Russian armor and artillery in eastern Ukraine.

“Our evidence shows that Russia is fuelling the conflict, both through direct interference and by supporting the separatists in the east. Russia must stop the steady flow of weapons and other support to an insurgent force heavily implicated in gross human rights violations,” Amnesty’s secretary-general, Salil Shetty, said in a statement.

Moscow denies dispatching forces or arming the rebels despite what NATO says is overwhelming evidence to the contrary.