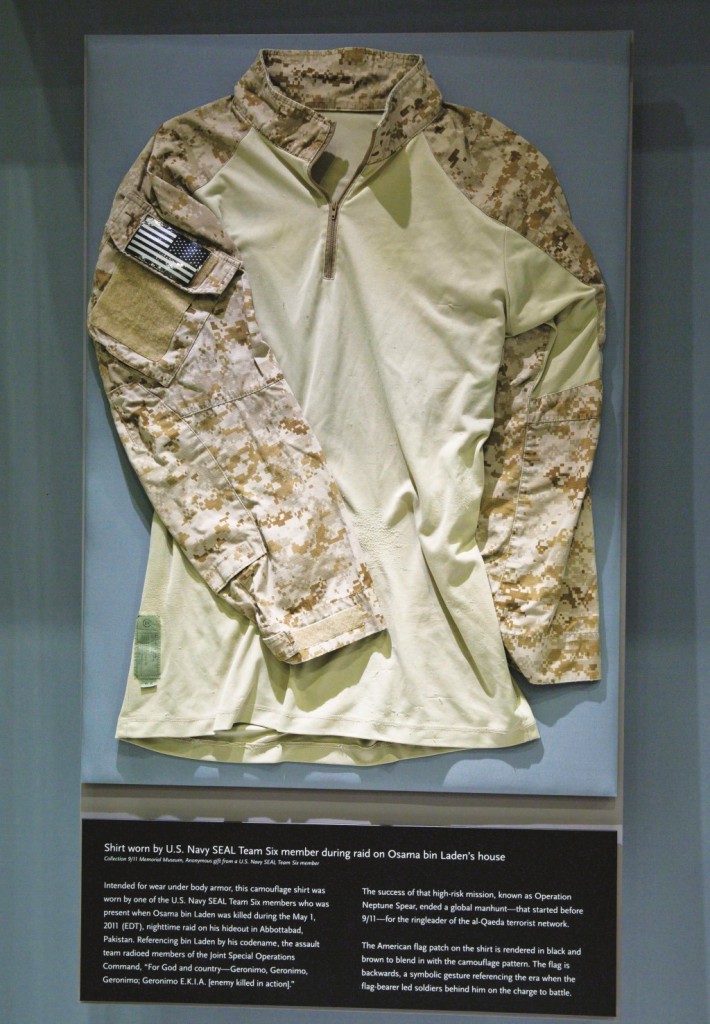 The shirt a Navy SEAL wore in the raid that killed Osama bin Laden and a special coin given to a CIA officer who played a key role in finding him are being displayed at the Sept. 11 museum, adding potent symbols of the terrorist attacks’ aftermath days before their anniversary.

The items are going on view Sunday at the ground zero museum, where leaders see them as an important and moving addition to a collection that often uses personal artifacts to explore the events and impact of 9/11.

“The death of Osama bin Laden is a huge part of the history, and we have an absolute obligation to tell it,” National Sept. 11 Memorial Museum president Joe Daniels said Saturday. The display, he said, “allows millions of visitors the chance to recognize the extraordinary bravery of the men and women who sacrifice so much for this country at home and abroad.”

The shirt and coin will join an existing display with a brick from the compound in Abbottabad, Pakistan, where the terrorist at the helm of the attacks was killed.

The uniform shirt, tan with camouflage sleeves and an American flag patch — facing backward to invoke the historical role of a flag-bearer leading a charge into battle — belonged to a now-retired member of SEAL Team Six, which put an end to the long manhunt for the world’s most wanted terrorist.

The garment “connects us in a powerful and immediate way to that operation,” Museum Director Alice Greenwald said.