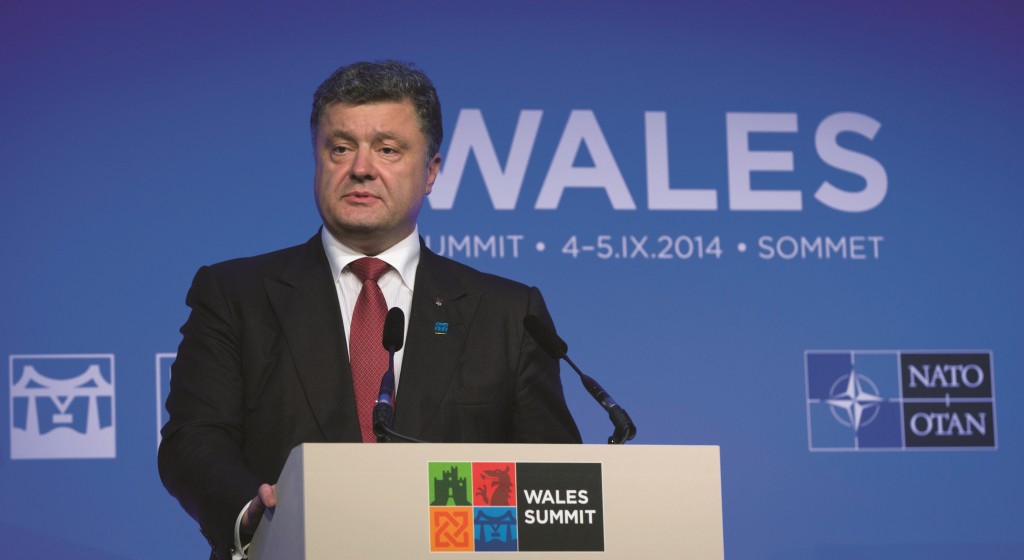 Ukraine’s president expressed “careful optimism” Thursday that a peace deal could be reached with Russian-backed separatists at their upcoming talks, even as he and NATO leaders agreed that Moscow should be punished for its role in the insurgency.

President Petro Poroshenko said he was ready to order a cease-fire in eastern Ukraine if a deal is signed at scheduled talks Friday in Minsk, Belarus. The rebels said they were ready to declare a truce if agreement can be reached on a political settlement for the mostly Russian-speaking region.

As head of state, Poroshenko said he is “ready to do my best to stop the war,” and he voiced “careful optimism” about the meeting.

Before flying to Wales for the meetings with NATO leaders, Poroshenko discussed the outlines of a peace deal with Russian President Vladimir Putin, who also voiced optimism about the chances of reaching agreement.

For all the upbeat assessments, however, NATO Secretary-General Anders Fogh Rasmussen was skeptical of Russian motives.

“If recent statements from President Putin represent a genuine effort to find a political solution, I would welcome it because that’s exactly what we need: a constructive political process,” Rasmussen said. “However, what counts is what is actually happening on the ground, so it remains to be seen what it is, and I have to say that, previously, we have seen similar statements and initiatives and they have been a smoke screen for continued Russian destabilization of the situation in Ukraine.”

Since mid-April, Moscow-backed separatists have been fighting government troops in a conflict the U.N. estimates has killed nearly 2,600 people. On Thursday, a NATO military officer told The Associated Press the ranks of Russian soldiers directly involved in the conflict have grown.

“Our current assessment is that several thousand Russian combat troops are actively engaged in fighting in Ukraine,” said the officer, who spoke on condition of anonymity because he was not allowed to make public remarks on intelligence matters. NATO previously had put the number of Russians at 1,000.

Kremlin officials repeatedly have denied their troops or military assets are involved.

In the past two weeks, the rebels have made substantial advances against Ukrainian forces, including opening a new front along the Sea of Azov. That offensive has raised concerns the rebels are aiming to seize Mariupol, a major port of about 500,000 people, and create a land corridor between Russia and Crimea, the Black Sea peninsula that Russia annexed in March.

An AP reporter saw three military-type vehicles ablaze Thursday in Berezove, a village along the main road connecting Mariupol with Donetsk, the largest rebel-held city. Rebel fighters were on the move, indicating they could be trying to take control of the strategic highway.