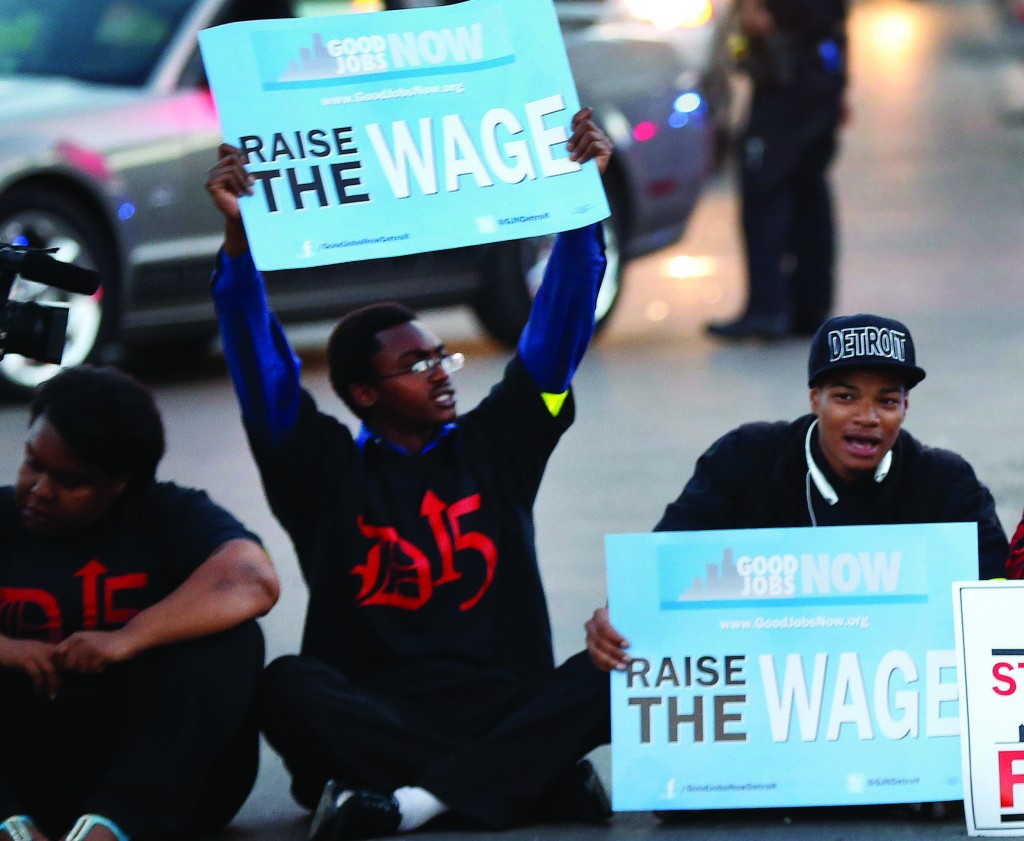 U.S. fast-food workers staged protests in some 150 cities on Thursday in a fight for higher pay, and organizers said dozens were arrested from Manhattan’s Times Square to Las Vegas.

About 400 protesters clogged Times Square during morning rush hour in the latest of ongoing actions aimed at raising their wage to $15 an hour.

They hoisted placards reading “Stick together for $15 and union rights,” and some held a sit-in at a McDonald’s restaurant, prompting 19 arrests for disorderly conduct.

Sit-ins also were held in several more cities, and a total of 86 arrests were reported among protesters in Chicago, Detroit, Las Vegas and Little Rock, Arkansas, organizers said. Another nine protesters were arrested in Boston, according to a Reuters witness.

McDonald’s worker Latoya Walker, who lives in a homeless shelter in Queens and makes $8 per hour, joined Thursday’s march for her five young children.

The recurring union-backed actions, which started in New York City, have steadily gathered steam since late 2012. They have helped spur a national debate about the federal minimum wage, which has been $7.25 since 2009, despite efforts by Democrats in Congress to raise it ahead of November’s mid-term congressional elections.

Protesters, many of whom are adults working 40 hours or more a week, say they cannot survive on such pay. Experts say about $11 an hour is the poverty threshold for a family of four.

A McDonald’s spokeswoman said the world’s biggest fast-food chain supports paying wages that are competitive in local markets and reflect a worker’s skill and experience.

The drive is being led by the Service Employees International Union, which has 2 million members. The International Franchise Association said unions want “a shortcut to refill their steadily dwindling membership ranks and coffers.”