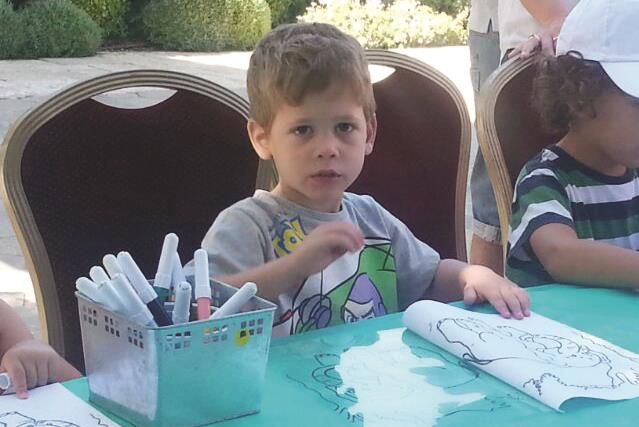 The parents of 4-year-old Daniel Tragerman Hy”d, killed by a Gaza mortar strike, sent a letter Thursday to U.N. Secretary-General Ban Ki-moon calling on him to speak out against Hamas’s crimes.

“A week ago we lost our oldest son, who was killed by a mortar shell fired from Gaza at the kibbutz [Nahal Oz]. I am turning to you as a result of your announcement to Prime Minister Binyamin Netanyahu about your decision to form an international committee to investigate ‘Israel’s crimes’ during the recent fighting in Gaza,” wrote Gila Tragerman.

The Tragermans asked the U.N. chief to imagine what the family has endured, living in constant fear of rockets and terrorists emerging from tunnels.

“…Terror tunnels dug by Hamas leading from Gaza to under our houses in order to harm us. At night we heard sounds of digging under the ground beneath us. So, in the past six months our children slept with windows closed and locked. We feared  they would be kidnapped.”

Word of Ban’s decision to probe IDF actions during the Gaza war came to them while sitting shivah.

“You sent the announcement to Prime Minister Netanyahu — we learned — exactly a half hour after our Daniel was killed…you informed the prime minister that the committee would probe ‘Israel’s crimes.’ The investigative committee will not be asked to probe how it is possible that terrorists fire weapons from inside U.N. buildings and from schools,” she noted bitterly.

“The committee also will not be checking how it can be that, inside U.N. buildings and inside hospitals in Gaza thrives a terror infrastructure, precisely planned over a long period, or how murderers exit those same buildings to perpetrate terror attacks against innocent people.”

She also asked whether the secretary-general would instruct the committee to investigate the crimes perpetrated by Hamas against the civilian Palestinian population of Gaza.

Mrs. Tragerman told of how her husband’s family, who has lived on the Gaza border for years, once had friendly relations with their Gazan neighbors, employing them in their fields. But the good relations they had vanished when Hamas took over Gaza, “instructing Gazan citizens who worked in Israel to murder their employers, or else Hamas would hurt their families.”

The letter concluded by urging Ban to “raise your voice against this crime and against the crimes that Hamas commits against its people.”