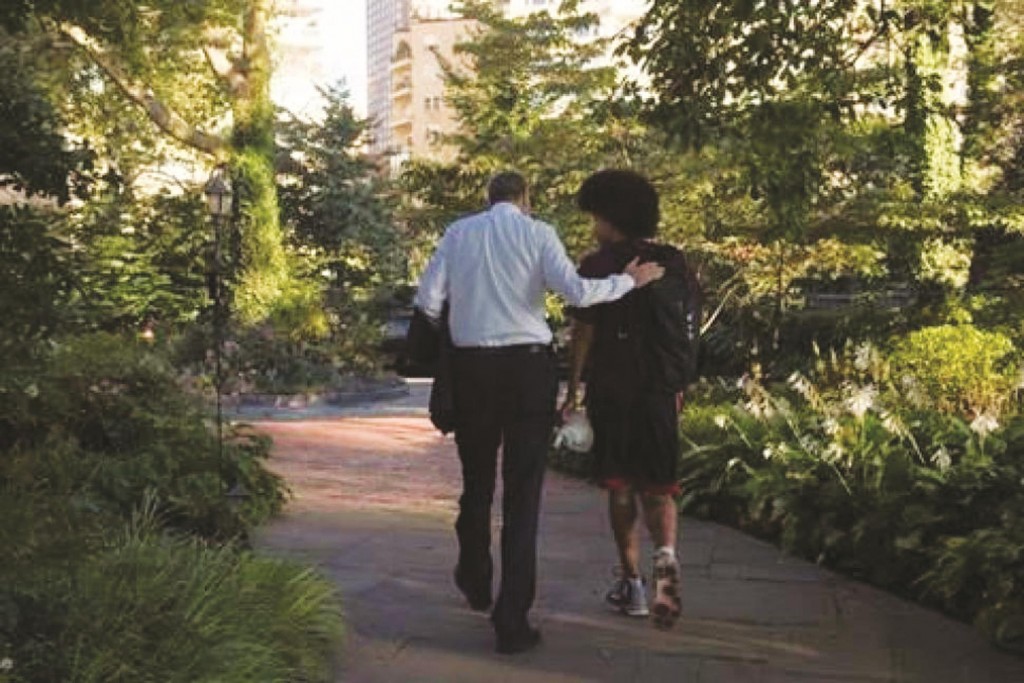 “Everything that we’ve done over the last few years is working toward this day,” de Blasio said after visiting a classroom at Inner Force Tots in Brooklyn, a community-based organization that’s part of the pre-K program.

He said full-day pre-K “is one of the fundamental ways to shake the foundation of this school system.”

De Blasio, who made expanded pre-K the main theme of his mayoral campaign last year, planned to celebrate his achievement by touring pre-K sites in all five boroughs.

“We made it the centerpiece of all we tried to do. For Chirlane and I, this is a moment of fulfillment,” he said, referring to his wife, Chirlane McCray.

Many of the city’s new pre-K seats are in religious schools that have been given guidelines on keeping religious instruction out of their public-school classes.

Cardinal Timothy Dolan joined de Blasio at a Catholic school on Staten Island, which tripled its pre-K capacity this year. “Mayor, I have bad news,” Dolan joked. “We missed the snack.”

The victory lap was meant to calm fears that the city might be expanding pre-K too rapidly.