National Al-Qaida Leader Says It Has Expanded Into India
National 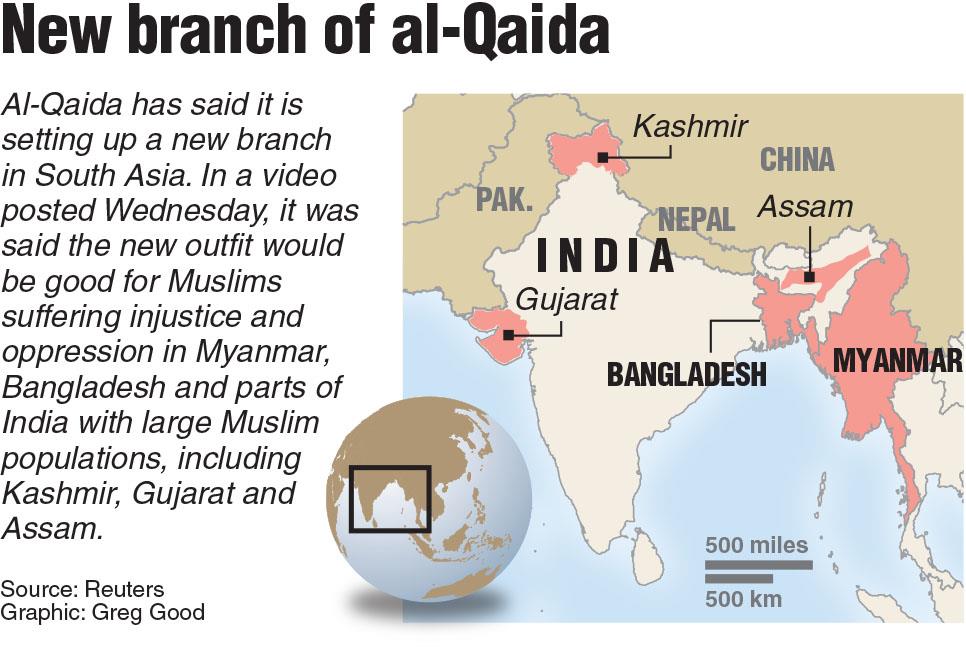 Promising to “storm your barricades with cars packed with gunpowder,” al-Qaida announced Thursday it had created an Indian branch that the terror network vowed would bring Islamic rule to the entire subcontinent.

The announcement by al-Qaida leader Ayman al-Zawahri brought few signs of increased security in India even after the government ordered states to be on alert. Instead, al-Zawahri’s announcement by online video appeared directed more at his own rivals in the international jihad movement, analysts said.

“This is really very personal,” said Fawaz Gerges, a Middle East expert at the London School of Economics. “You cannot understand this announcement without understanding the fierce rivalry between Islamic State and al-Qaida central.”

Al-Qaida has been increasingly overshadowed by the Islamic State group, a renegade al-Qaida offshoot that was expelled amid internal divisions and which has gone on to capture vast territory in Syria and Iraq, including oil wells and other income-generating resources, and has inspired thousands of fighters to join its jihadist mission. Al-Zawahri, in turn, has found his own influence pale beside that of Islamic State leader Abu Bakr al-Baghdadi.

In India, where terror threats have largely come from Pakistan and Kashmir, the disputed Himalayan region where al-Qaida’s influence is thought to be minimal, many derided the creation of the group — Qaedat al-Jihad in the Indian Subcontinent — as a publicity stunt.

Al-Qaida “is struggling for its legitimacy in the eyes of the radicalized Muslim world,” said Ajai Sahni, a top Indian security analyst with the New Delhi-based Institute for Conflict Management.

“Osama bin Laden has been killed and [al-Qaida’s] entire top leadership, apart from Zawahri and a few others, one by one have been decimated by the American drone attacks,” he said. “This statement is meaningless.”

But Gerges noted al-Qaida has long tried to nurture as many cells as possible, using affiliates in places like Yemen and East Africa to take pressure off relentless American attacks on its core operations in Pakistan and Afghanistan.

India, with its badly underfunded and desperately ill-trained security infrastructure, can also be a tantalizing target for terrorists. In 2008, a small group of Pakistani terrorists attacked Mumbai, India’s financial hub, effectively shutting down the city for days and killing 166 people.