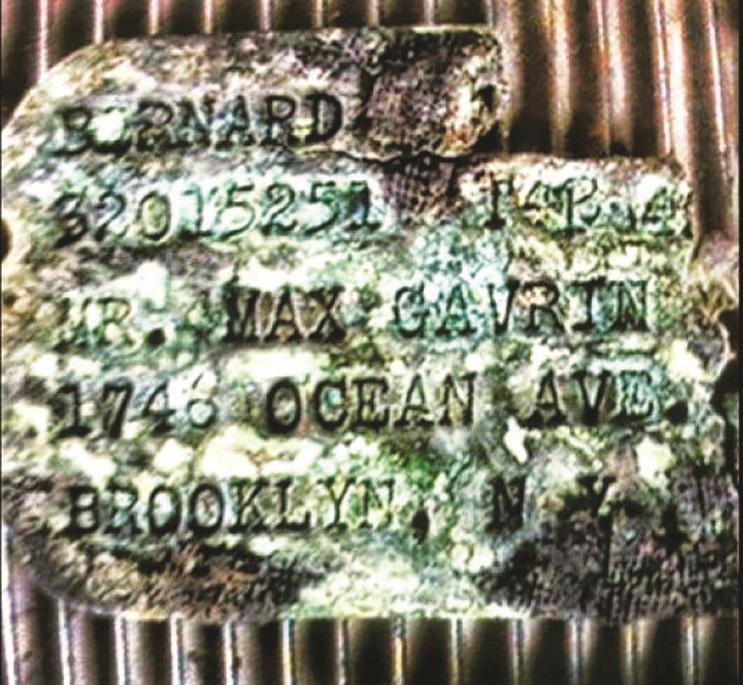 The remains of a soldier missing in action since World War II have been identified and will be buried with full military honors in Arlington National Cemetery, a Department of Defense office said Wednesday.

Army Pfc. Bernard Gavrin, who lived on Flatbush’s Ocean Avenue, was 29 when he was reported missing on July 7, 1944, the Prisoner of War/Missing Personnel Office said. His regiment had been in Saipan in the Northern Mariana Islands of the western Pacific Ocean and came under heavy attack, suffering many casualties.

Gavrin was declared dead in July 1945, and his remains were deemed non-recoverable in 1948. But in recent years, excavations on Saipan by a Japanese nonprofit group have turned up the remains of American and Japanese soldiers.

Last year, the group found remains and personal items of some American soldiers, which were turned over to the American government. Testing using a family member’s DNA confirmed Gavrin was among them.

His 82-year-old nephew David Rogers, of Delray Beach, Fla., said he was planning to be at the burial on Sept. 12. He said it was “absolutely incredible and unbelievable to all of us” that Gavrin would be laid to rest in “the most honorable place you could be buried in this country.”

Rogers, whose mother was Gavrin’s sister, said Gavrin was the youngest of three children and had enlisted in 1940. He said the last time he saw his uncle was when he was 8 years old and his uncle came to visit.

Rogers had injured himself, requiring stitches, and Gavrin went to his bedroom.

“He awakened me and kissed me on the forehead,” Rogers recalled.

Gavrin’s loss was shattering, Rogers said. When the telegram came and Gavrin’s mother, Rogers’ grandmother, opened it, “She let out a scream that lives with me to this day,” he said.