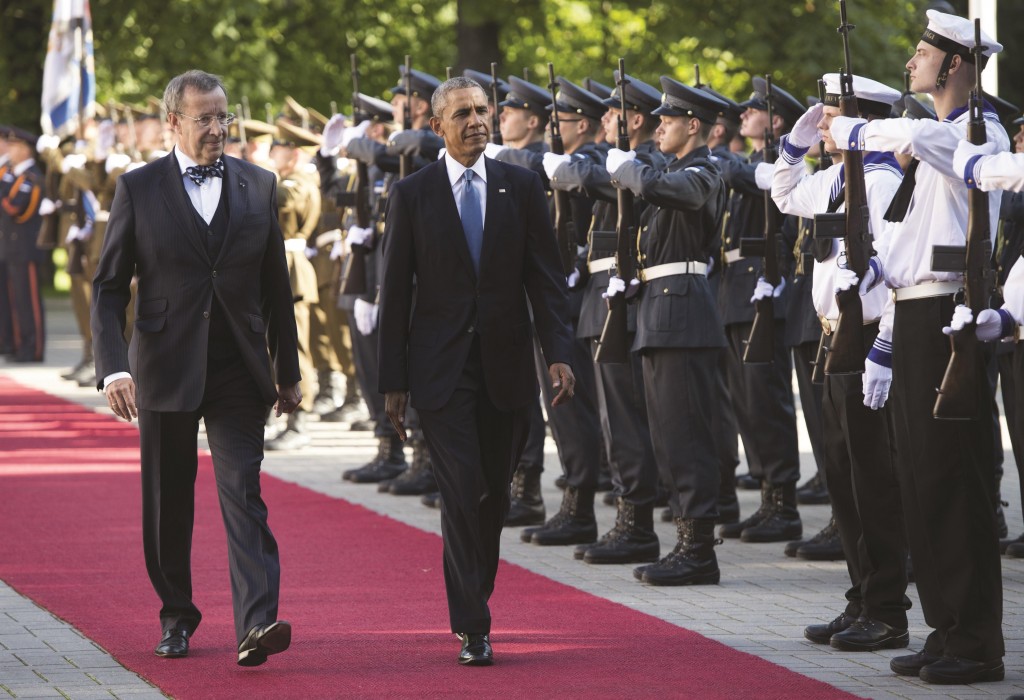 Russia and Ukraine said Wednesday they are working on a deal to halt months of fighting in eastern Ukraine, but Western leaders expressed skepticism, noting it wasn’t the first attempt to end the deadly conflict.

On the eve of a crucial NATO summit, Ukrainian President Petro Poroshenko’s office said he and Russian President Vladimir Putin had agreed on steps for a ceasefire.

In a broadcasted statement, Putin spelled out a seven-point plan for ending hostilities in eastern Ukraine, where Russian-backed separatists scored significant gains last week against government forces after four months of fighting.

Putin, speaking on a visit to Mongolia, said the rebels should halt their offensive and the Ukrainian government forces should pull back to a distance that would make it impossible for them to use artillery and rockets against residential areas. He also urged international monitoring of a ceasefire, a prisoner exchange, and the delivery of humanitarian aid to war-ravaged regions.

Representatives of Russia, Ukraine, the rebels, and the Organization for Security and Cooperation in Europe could finalize the peace deal as early as Friday, Putin said.

Poroshenko also voiced hope that Friday’s talks in the Belarusian capital of Minsk would allow both sides to “take real steps to achieve peace.”

He discussed the plan with German Chancellor Angela Merkel, saying it should include the OSCE monitoring of a cease-fire, the withdrawal of foreign troops, a buffer zone on the border and the release of all Ukrainian prisoners held in Russia, according to his office.

The Ukrainian leader met with Putin in Minsk last week, but they didn’t announce any agreement after that session.

Ukrainian officials said the bodies of 87 soldiers had been retrieved from the area near the city of Ilovaysk, the scene of a horrific government defeat over the weekend. Ukraine and the West said the rebel offensive was spearheaded by regular Russian army units, an allegation Moscow has rejected.

Obama, on a trip to Estonia to reassure allies along Russia’s border, said it was too early to say if the announced truce could hold, noting that “we haven’t seen a lot of follow-up on so-called announced ceasefires.”

Obama left Estonia for Wales, where he and other Western leaders will attend a NATO summit that starts Thursday. The alliance is expected to approve plans to station more troops and equipment in Eastern Europe, with the aim of building a rapid response force that could deploy within 48 hours

At the same time, the European Union was preparing a new set of economic sanctions against Russia over its actions in Ukraine. EU leaders said over the weekend that the new punishment can be enacted in a week, but Putin now may hope to dodge the blow with the ceasefire deal.

The leaders of Britain, France, Germany and Italy will join Obama for Thursday’s summit and are expected to discuss the potential for deeper economic sanctions on Russia.

Dmitry Trenin, director of the Carnegie Moscow Center, said a truce would be a victory for Putin.

“A ceasefire, in my view, is an important victory for Russia,” Trenin told reporters. “And having secured a ceasefire, if it actually goes through, Russia will be bargaining from a position of strength, using the domestic political situation in Ukraine, the economic plight of the country, the social consequences from that plight.”

Even if the ceasefire holds, negotiating a lasting peace in the east will be a daunting challenge in the conflict, which the U.N. estimates has killed nearly 2,600 people and forced over 340,000 to flee their homes.

Rebels have dropped a demand for full independence, saying they are ready to discuss staying inside Ukraine in exchange for a broad autonomy for mostly Russian-speaking regions in the east — a stance that reflects Putin’s desire to maintain leverage over its neighbor and prevent it from ever joining NATO.

Poroshenko has promised to grant more powers to the provinces, but he has yet to spell out his proposal, and it remains unclear if Russia sees it as sufficient. The Ukrainian leader’s attempt to negotiate a compromise with the rebels could put him under fire at home, where many would see it as kowtowing to Moscow.

Also on Wednesday, officials said France suspended the delivery of a warship to Russia at least until November, following pressure from allies. The Vladivostok, the first of two Mistral-class helicopter carriers ordered by Russia, was due to be delivered next month as part of a 1.2 billion euro ($1.6 billion) contract — the biggest-ever sale of NATO weaponry to Moscow.