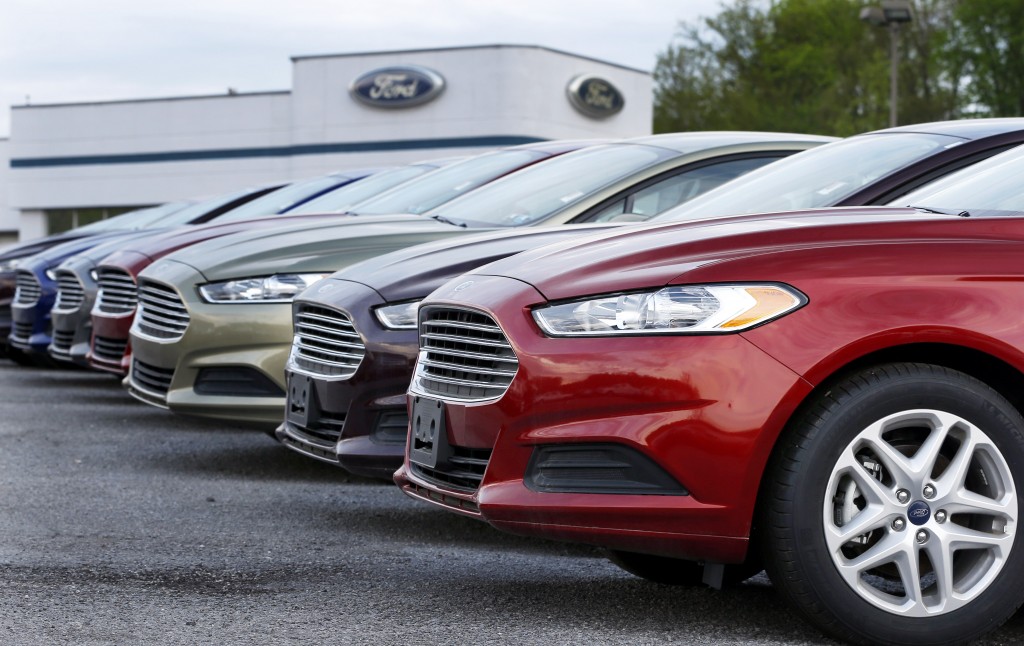 Big discounts. Six- or seven-year loans, in some cases to buyers who would have been turned down in the past.

As the auto industry strives to sustain its post-recession comeback, car companies are resorting to tactics that some experts warn will lead to trouble down the road.

Vehicle discounts have risen 5.5 percent from a year ago. More than a quarter of new buyers are choosing to lease, a historically high percentage. Auto-company lending arms are making more loans to people with low credit scores. The industry is adding factory capacity. And the average price of a car keeps rising, forcing some customers to borrow for longer terms to keep payments down.

Annual auto sales in the U.S. should top 16 million for the first time in seven years. But the pent-up consumer demand that has driven sales is ebbing. Sales are predicted to grow 5.5 percent this year, the slowest pace since the financial crisis.

“We have no desire to go there,” said Mendel, whose company’s sales through July have fallen 1.3 percent, trailing the industry.

Some on Wall Street see a price to pay.

“It could be a disaster later on,” said Morgan Stanley analyst Adam Jonas. “We’re clearly robbing Peter to pay Paul.” He sees sales growing to an annual rate of 18 million in 2017 – then sinking to 14 million a year later. That would mean factory closings, restructurings, and thousands of job cuts just for companies to break even.

Not all forecasts are that dire, and no one – not even Jonas – is predicting a repeat of billion-dollar losses and cars piling up on dealer lots. Automakers have cut costs and are better positioned to handle a downturn than they were in 2008 and 2009.

Still, easier credit brings back not-so-fond memories for at least one auto dealer.

“It just seems like 2007 all over again,” said veteran Toyota dealer Earl Stewart of North Palm Beach, Florida. “The credit ease with which people are financed is as liberal and loose as it ever was.”

Among the numbers that concern some experts:

– $2,702: Average discount per new car through July. They’re heaviest in two segments: Midsize cars (up almost 21 percent through July) and compacts (up 10 percent). Automakers need to move the cars because a lot of factory space is committed to building them.

– 32 percent: Share of auto loans that are 72 months or longer, up from 23 percent in 2008, according to LMC Automotive. Dealers can offer longer loans on expensive cars, making the payments seem reasonable. But those loans are loaded with interest early on, so it takes a long time for buyers to pay principal and build equity for a trade-in, said Greg McBride, CFO of Bankrate.com.

– 26 percent: Share of sales that are leases, up from 18 percent in 2008, according to LMC. A flood of expiring leases in three years could depress used-car prices, hurting new-car sales.

– 70 percent: The increase last quarter in auto repossessions, according to Experian Automotive. Sixty-day delinquencies are up 7 percent. Still, both are below 1 percent of all auto loans.

Karl Brauer, senior analyst for Kelley Blue Book, sees trouble in the juicy discounts. In 2007, spending on incentives was just under 9 percent of the average sales price for a vehicle. That dropped to around 8 percent in 2012 and 2013. Now, it’s back up to 8.4 percent, and it likely will rise toward 9 percent later in the year, he said.

Based on an average sales price of just over $32,000, the additional discounts would cost the industry almost $5.2 billion per year.

“This was the trap that got everyone in trouble before the recession,” Brauer said.

Bankrate’s McBride said lenders are willing to make larger and longer loans because cars are easy to repossess.

“You miss more than one payment and it won’t be in the driveway in the morning,” he said.

Former Hyundai U.S. CEO John Krafcik, now head of the TrueCar.com auto-pricing site, said used-car values should fall from current record highs to a normal level as leased cars enter the market. Those who lease will be shopping again every three years.

All automakers report sales on Wednesday, and most analysts are predicting the numbers will be flat compared to 2013. That’s still a strong month, with an annual sales rate of 16.5 million or more.