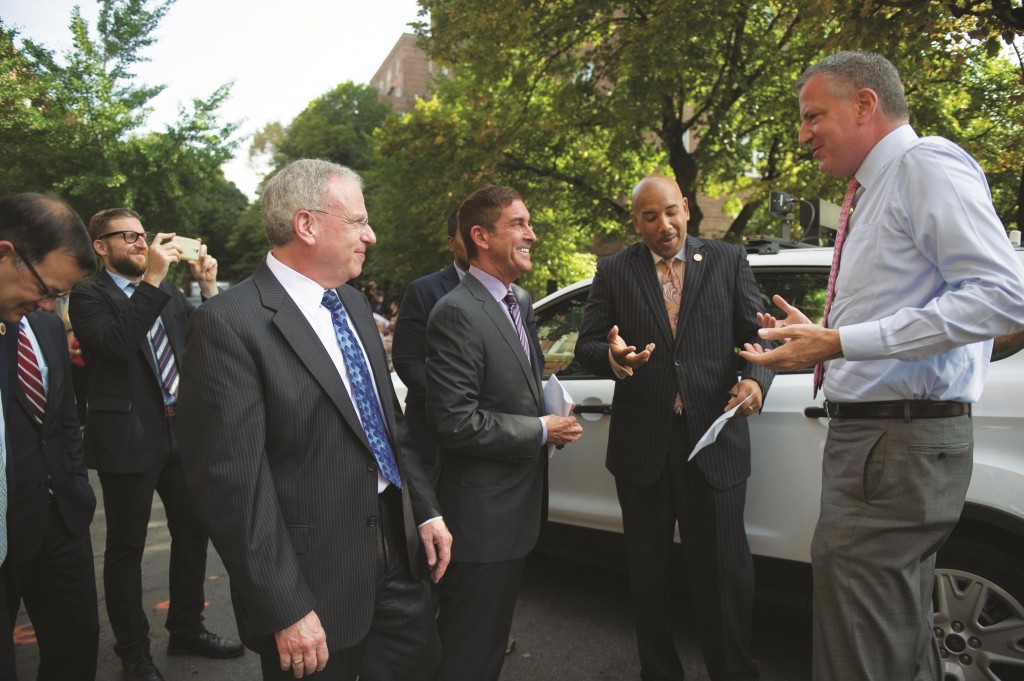 New York City’s rapid expansion of prekindergarten programs will change the lives of tens of thousands of children, Mayor Bill de Blasio promised Wednesday on the eve of the first day of school.

“We are doing something not only historic but on a vast scale,” de Blasio said while acknowledging the challenges of going from 20,000 full-day pre-K students last year to 53,000 this year.

On Tuesday, de Blasio’s administration announced that nine pre-K centers won’t open and start dates of 36 others will be delayed. Safety and integrity concerns were behind the decision to revoke contracts at the nine centers, which were to serve 265 students.

De Blasio said Wednesday that alternative seats have been found for 125 of the students and the rest will be relocated soon.

“Nothing has been attempted in our country in any city on this scale before,” he said. “It is groundbreaking. It is fundamentally important. Of course it would come with challenges, and we are navigating those challenges quickly.”

The pre-K expansion drew some criticism last week from City Comptroller Scott Stringer, who complained that the city had sent his office just 141 of more than 500 pre-K contracts for review.

Stringer said the number was up to 185 Wednesday. “In order for me to do my work on behalf of parents I need to review those contracts,” he said.

Administration officials say the vast majority of pre-K programs will open as planned.

They say the city Department of Education conducted legally mandated background checks on about 3,000 new pre-K employees and 2,755 passed. Those who failed the background check were not hired.

The promise of a classroom for every 4-year-old was de Blasio’s signature campaign issue last year and helped him vault into City Hall as New York’s first Democratic mayor in a generation. Though his plan to finance it with a tax on wealthy New Yorkers died in Albany, he was able to obtain $300 million in state funds for the program, which many feel could act as a model elsewhere in the nation.

City officials said Wednesday they will spend about $2 million to hire an independent research firm to evaluate the pre-K program.

Researchers will study a random sample of about 200 sites, including interviews with staff and family members. They will also study children’s outcomes over time in order to measure the effect of pre-K on later academic success.

“To ensure that we are delivering high-quality pre-K education, we’re putting in place rigorous independent evaluation so we can understand what’s working in our classrooms and how we can improve our programs,” Deputy Mayor Richard Buery said.