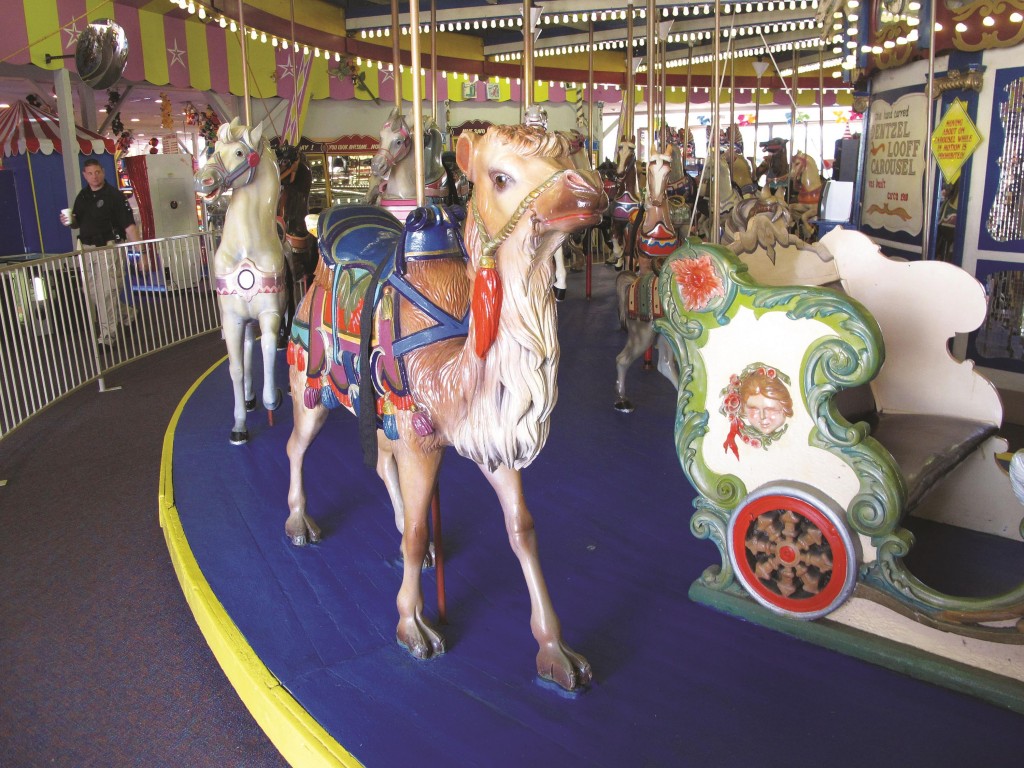 The auction house selling the historic Casino Pier Carousel has yet to formalize a date for the sale and still hopes to find a buyer to keep it intact.

Guernsey’s said it’s working hard to find someone interested in keeping the 82-year-old carousel that survived Superstorm Sandy in one piece. Its 58 hand-carved figures and Wurlitzer organ will be sold piecemeal if a single buyer can’t be found.

“We have not secured a buyer yet, but we are still working very hard to find someone interested in purchasing the carousel intact,” said Jessica Weeg, a spokeswoman for Guernsey’s. “For that reason, we have not yet started looking at dates for the auction.”

The owners of Casino Pier decided to auction off the iconic carousel in July, saying it’s become too expensive to maintain and insure.

The carousel is one of only 212 classic wood carousels left in North America, according to the National Carousel Association.

Arlan Ettinger, president of Guernsey’s, said that he expects the carousel to fetch more than the nearly $2 million that Coney Island’s B&B Carousel sold for in 2005.

Louis White, a 28-year-old from Toms River who created a “Save the Antique Carousel” campaign last month, said that the lack of an auction date is a good sign.

“Considering the reasons for the auction of the carousel, I am optimistic this piece of history will remain in one piece,” White said.