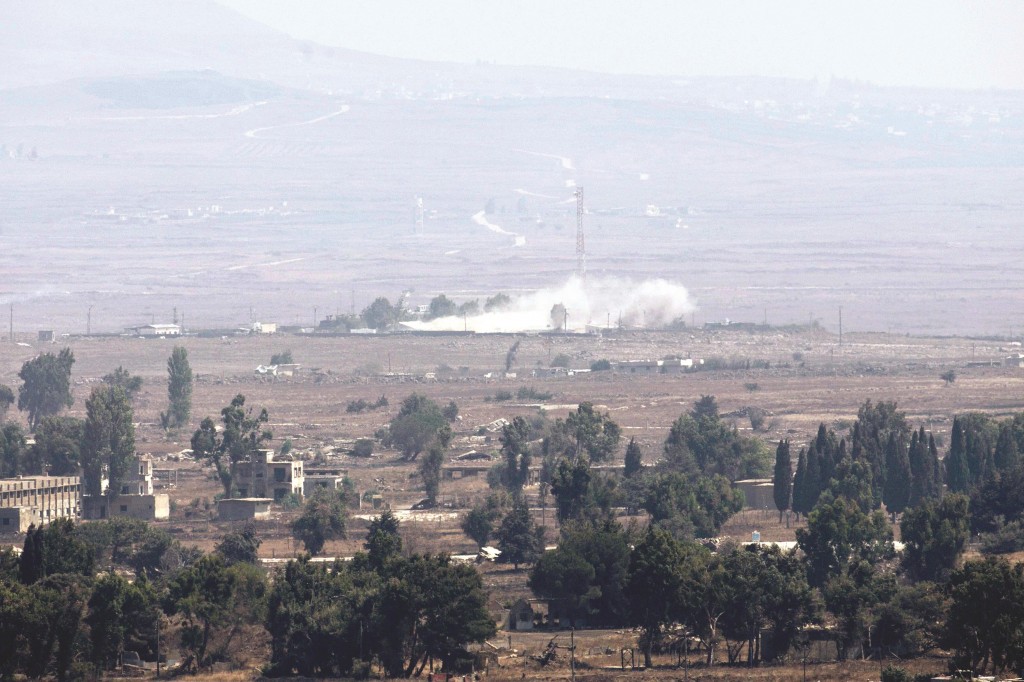 Heavy fighting erupted on Monday between the Syrian army and Islamist rebels on the Golan Heights, where 44 peacekeepers from Fiji are being held by terrorists and scores of their fellow blue helmets from the Philippines escaped after resisting capture.

Syria’s three-year civil war reached the frontier with Israeli-controlled territory last week when Islamist fighters overran a crossing point in the line that has separated Israelis from Syrians in the Golan Heights since 1967.

The fighters also turned against the U.N. blue helmets from a peacekeeping force that has patrolled the ceasefire line for 40 years. After the 44 Fijians were captured on Thursday more than 70 Filipinos were besieged at two locations for two days.

All the Filipinos reached safety over the weekend. Thirty-two were rescued from one outpost on Saturday and 40 escaped from the other position early on Sunday while rebels were sleeping after a seven-hour firefight.

Fiji says it is negotiating the release of its 44 troops. The United Nations says it is not sure where they are being held. The Nusra Front, Syria’s affiliate of al-Qaida, says it is holding them because the U.N. force protects Israel.

A senior Gulf official and a rebel commander close to Nusra Front said Qatar was acting as a mediator in talks to secure the Fijians’ release.

It was not immediately clear on Monday whether forces loyal to Syrian President Bashar al-Assad had managed to retake control of the Quneitra crossing from the Nusra Front rebels.

Persistent gunshots and explosions from mortar shells and other munitions could be heard on the Israeli side of the frontier and combatants could be clearly seen targeting each other with their weapons.

At least one tank belonging to the Syrian army was also involved and some rebels could be seen a few yards away from the frontier fence.

A large Syrian flag that had been flying for days between the Quneitra crossing and the abandoned town was taken down and a United Nations position in the area, thought to be unmanned, was pounded with mortar shells.,