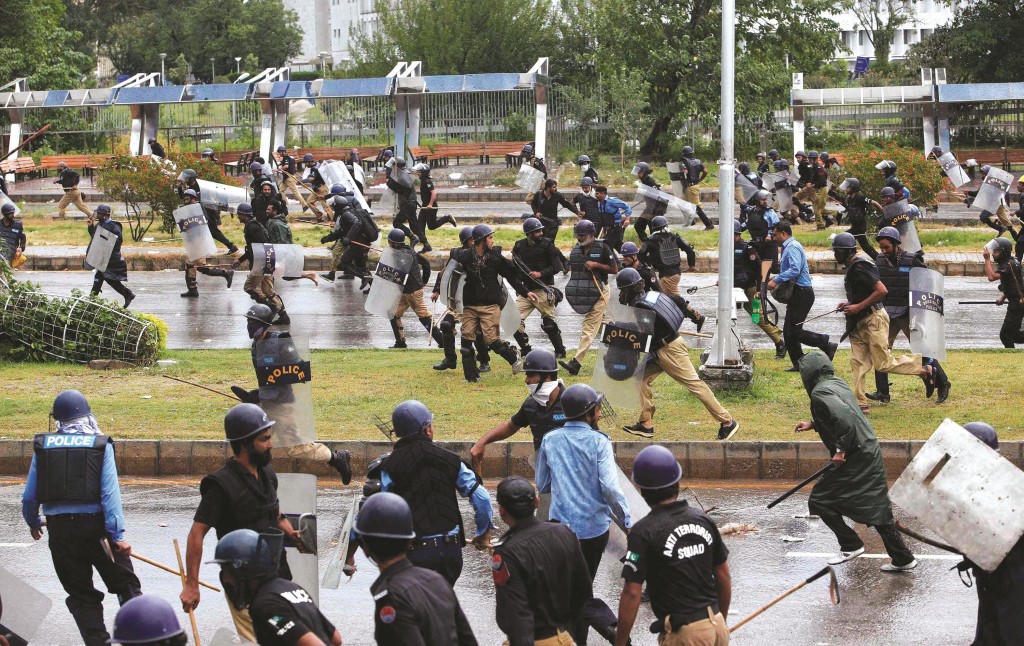 Ahead of a joint session of parliament, Pakistan’s prime minister and army chief held marathon meetings Monday over violent anti-government protests that could force the premier of this nuclear-armed country to resign.

Prime Minister Nawaz Sharif again vowed he would not step down under duress, even as protesters briefly took over the country’s state-run broadcaster and battled security forces in the streets. But the pressure from three days of violent protests on Sharif has intensified amid reports — later denied by the military — that the country’s powerful army chief advised him to resign.

The parliamentary session Tuesday appears to be an attempt to rally political support to the prime minister’s side. While many politicians have backed him so far, many in the country increasingly have grown worried about the protests and the direction of the nascent democracy in the country of 180 million people.

The turmoil comes as part of the mass demonstrations led by cleric Tahir-ul-Qadri and opposition politician Imran Khan, who both demand Sharif step down over their allegations of fraud in last year’s election.

Their protests, which have been peaceful for weeks, turned ugly this weekend when clashes between protesters and security forces killed three people and wounded some 400 in running street battles in Pakistan’s capital, Islamabad.