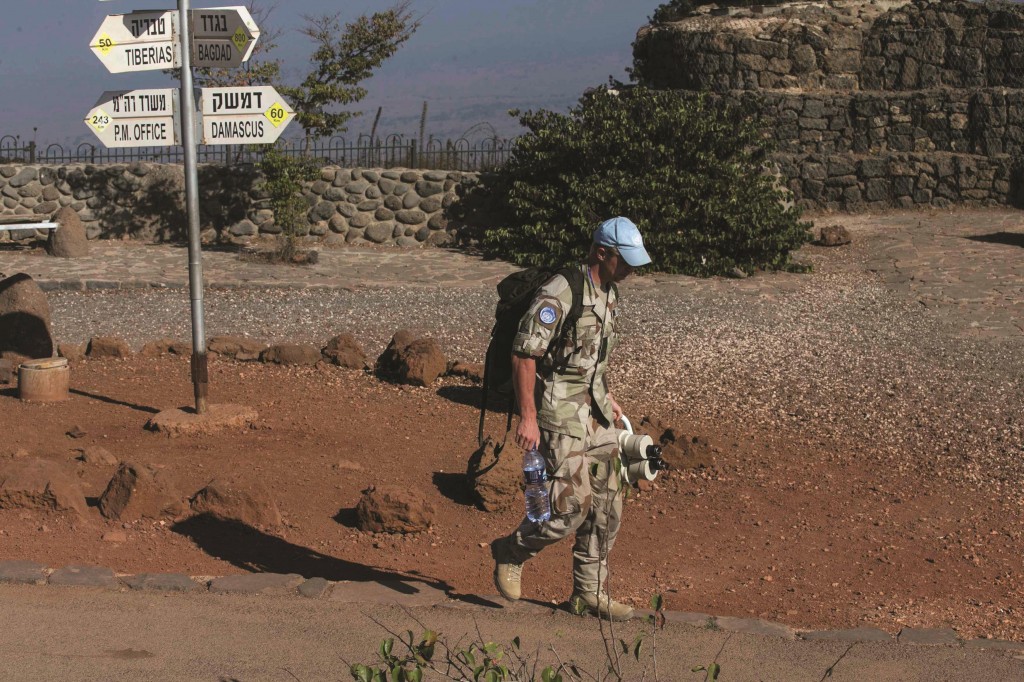 The getaway, combined with the departure of another entrapped group of Filipino troops, marked a major step forward in a crisis that erupted on Thursday when Syrian rebels began targeting the peacekeeping forces. The United Nations Security Council has condemned the assaults on the international troops monitoring the Syrian-Israeli frontier, and has demanded the unconditional release of those still in captivity.

The crisis began after Syrian rebels overran the Quneitra crossing — located on the de facto border between Syrian- and Israeli-controlled parts of the Golan Heights — on Wednesday. A day later, insurgents from the al-Qaida-affiliated Nusra Front seized the Fijian peacekeepers and surrounded their Filipino colleagues, demanding they surrender.

The Filipinos, occupying two U.N. encampments, refused and fought the rebels Saturday. The first group of 35 peacekeepers was then successfully escorted out of a U.N. encampment in Breiqa by Irish and Filipino forces on board armored vehicles.

The remaining 40 peacekeepers were besieged at the second encampment, called Rwihana, by more than 100 gunmen who rammed the camp’s gates with their trucks and fired mortar rounds. The Filipinos returned fire in self-defense, Philippine military officials said.

At one point, Syrian government forces fired artillery rounds from a distance to prevent the Filipino peacekeepers from being overwhelmed, said Col. Roberto Ancan, a Philippine military official who helped monitor the tense standoff from the Philippine capital, Manila, and mobilize support for the besieged troops.

“Although they were surrounded and outnumbered, they held their ground for seven hours,” Philippine military chief Gen. Gregorio Pio Catapang said, adding that there were no Filipino casualties. “We commend our soldiers for exhibiting resolve even while under heavy fire.”

As night fell and a cease-fire took hold, the 40 Filipinos fled with their weapons, traveling across the chilly hills for nearly two hours before meeting up with other U.N. forces, who escorted them to safety early Sunday, Philippine officials said.

“We may call it the greatest escape,” Catapang told reporters in Manila.

The Syrian and Israeli governments, along with the United States and Qatar, provided support, the Philippine military said without elaborating.

With the Filipinos now safe, full attention turned to the Fijians who remain in captivity.

U.N. Secretary-General Ban Ki-moon spoke with the Prime Minister of Fiji by telephone Sunday, and promised that the United Nations was “doing its utmost to obtain the unconditional and immediate release” of the Fijian peacekeepers, Ban’s office said.