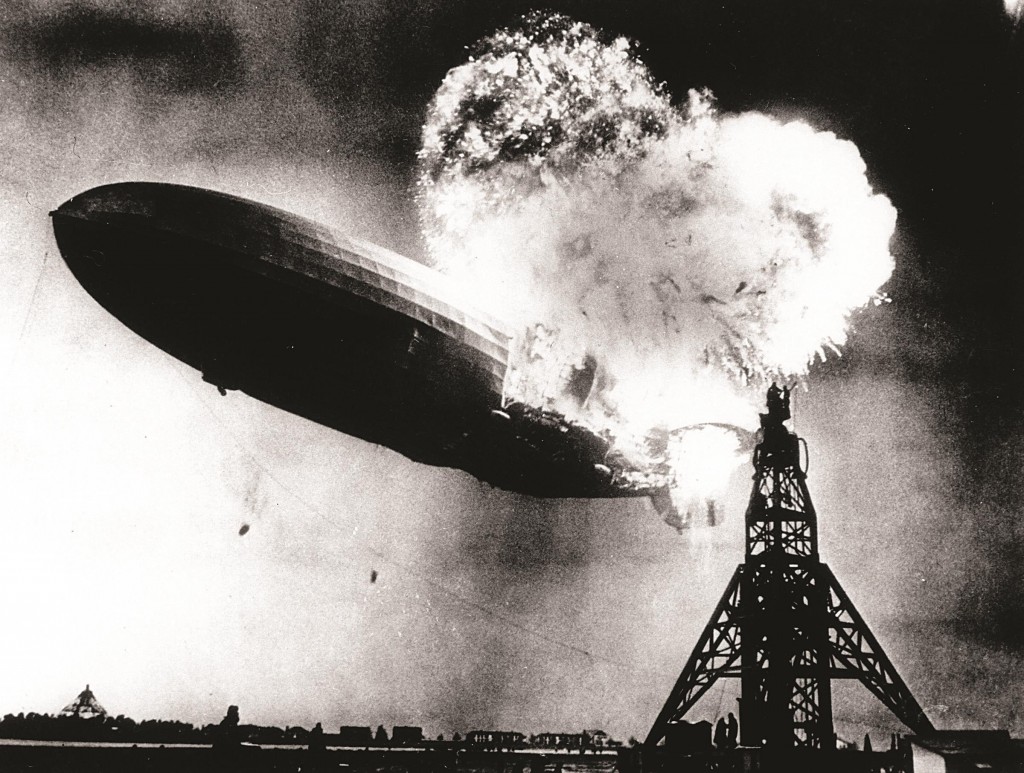 Werner Franz, believed to be the last surviving crew member of the German airship Hindenburg that crashed 77 years ago, has died. He was 92.

Franz was a 14-year-old cabin boy when the hydrogen-filled Zeppelin caught fire and crashed in Lakehurst, N.J., on May 6, 1937. The disaster was captured by waiting photographers, film crews and a radio broadcaster on the ground, making it one of history’s most iconic air accidents.

Quick thinking meant Franz was able to jump out of the Hindenburg as it fell burning to the ground, said historian John Provan, a long-time friend.

“Werner survived the crash without a scratch on him,” Provan said.

Franz returned to Germany and served as an aircraft technician during World War II, and was a roller- and ice skating coach in later life. He spoke freely about the disaster that killed 35 of the 97 people on board and a Navy crewman on the ground.

Provan explained how Franz, who died Aug. 13 in his hometown of Frankfurt, came to be on the Hindenburg.

“His older brother worked at a fancy hotel in Frankfurt where the passengers and the captain stayed overnight before the airship took off early in the morning,” he said. “One of the captains said they were looking for a cabin boy and [his brother] heard about it.”

Franz completed three journeys to South America and one to North America before the disaster.

The huge airship — as long as three football fields and 15 stories tall — was considered the most luxurious means to cross the Atlantic at the time. Its loss — widely attributed to static electricity that ignited leaking hydrogen — was a heavy blow to the image of a resurgent Germany the Nazis wanted to project.

“Werner was most fortunate because he was in the officers’ mess cleaning up,” said Provan. “Above him was a large tank of water that burst open and drenched him, which protected him a bit from the flames and the heat.”

Franz was able to jump out of a cloth supply hatch onto the ground below and made the wise decision to run into the wind.

“He didn’t make the mistake of going in the other direction or the flames would have caught him,” Provan said.

The zeppelin was at the time considered the air transport of the future. Some have said that if the Hindenburg would have been filled with less combustible helium rather than hydrogen it probably would not have caught fire. But helium was on the list of items banned to Germany after the Nuremburg laws passed a year earlier.

Three other survivors of the disaster are believed to be still alive today. Werner Doehner and Horst Schirmer, both passengers, and Robert Buchanan, a member of the ground crew that was waiting to moor the ship.