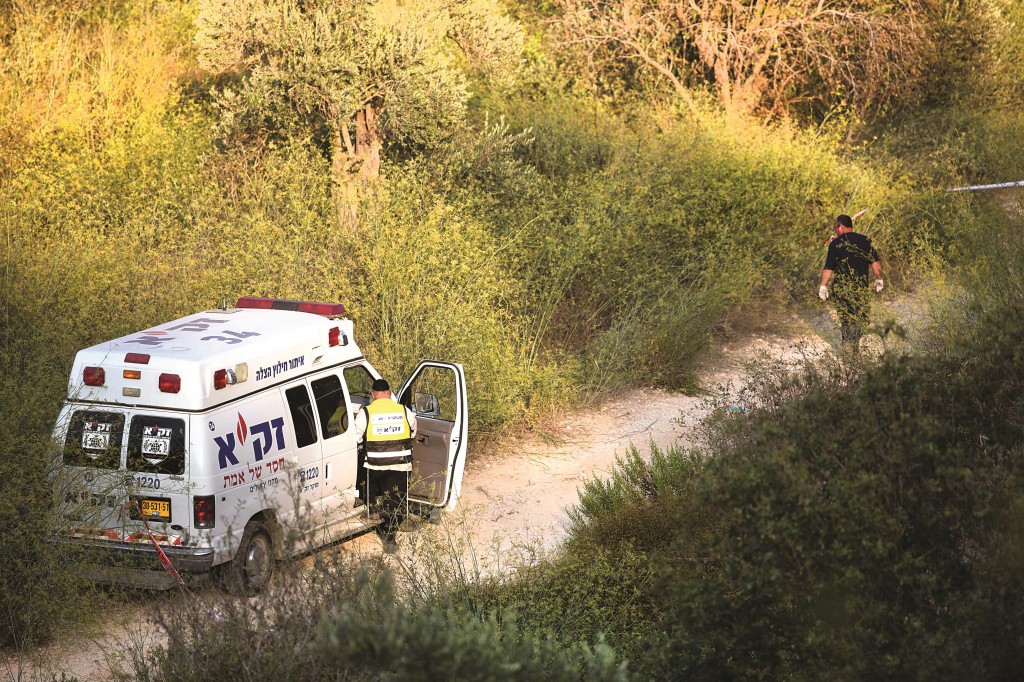 Klal Yisrael was thrown into deep mourning Thursday by reports that the body of Aaron Sofer, z”l, was found in Yaar Yerushalayim. The report brought a tragic end to more than six days of tireless searching and tefillos from across the Jewish world.

“He was a picture of what it means to serve Hashem b’chol levavecha — with your whole heart,” said Harav Binyomin Eisenman, Rosh Yeshivah of Yeshivas Ohr Moshe, where Aaron had learned, and an uncle of the niftar.

Rav Eisenman told Hamodia of Aaron’s all-encompassing dedication to avodas Hashem, saying that in the three years he attended Ohr Moshe, he never could remember him missing a seder or coming late to a tefillah.

“He was such a masmid,” said Rav Eisenman. “A lot of bachurim that push themselves so hard get sick, because it is too much for them. It never happened to him because it was really what he wanted to do.”

Family member Dov Hirth spoke of Aaron’s outstanding middos tovos and kibbud av va’eim. He was a tremendous help at home and an exceptionally obedient son.

“He was like a soldier,” said Rav Eisenman. “He used to ask me before the summer if he should go to camp or stay in Lakewood to learn. He just needed to know what the right thing to do was — and he did it. He never made anything of himself. He was a huge tzanua.”

The body was found by Hatzolah volunteers at approximately 4 p.m. local time, about a mile from where Aaron was last seen. The discovery has brought a sorrowful sense of closure to nearly a week of distress over Aaron’s whereabouts.

Police, Hatzolah, ZAKA and hundreds of volunteers, mostly American yeshivah students, had been searching tirelessly since his disappearance last Friday. Meanwhile, many chizuk and tefillah gatherings had been held both in America and Eretz Yisrael to daven for his safe return.

Wednesday night, over 2,000 people packed into the Ateres Reva Hall, at Yeshivas Toras Aron in Lakewood, to recite Tehillim and hear words of hisorerus from Harav Meir Eisenman, an uncle of the niftar, and Harav Yitzchok Sorotzkin, Rosh Yeshivah, Mesivta of Lakewood.

Harav Sorotzkin said passionately that we all must feel that in some respect we are in a similar plight as Aaron was. The Rosh Yeshivah quoted the passuk that compares the destroyed Yerushalayim to a forest.

The event, organized by Agudath Israel, closed with impassioned Tehillim said in unison by the overflow crowd, mostly made up of talmidim of Bais Medrash Govoha. The gathering also raised over $10,000 for a fund that was set up to help with the costs of the rescue effort.

As we go to print, the levayah has been called for 9:30 a.m. Friday morning, in front of Harav Tzvi Kaplan’s yeshivah in the Ezras Torah section of Yerushalayim. The kevurah is to take place in the Eretz Chaim cemetery in Beit Shemesh, where Aaron’s grandfather, Rabbi Dovid Sofer, z”l, is buried.

Rav Eisenman told his yeshivah about the terrible news, quoting a Midrash that some people fulfill their whole purpose in the world in a short time. He added that maybe Aaron’s petirah came about in such a way so “that people should all know that there was such a neshamah in the world.”