Israel Is It Really Over?
Israel 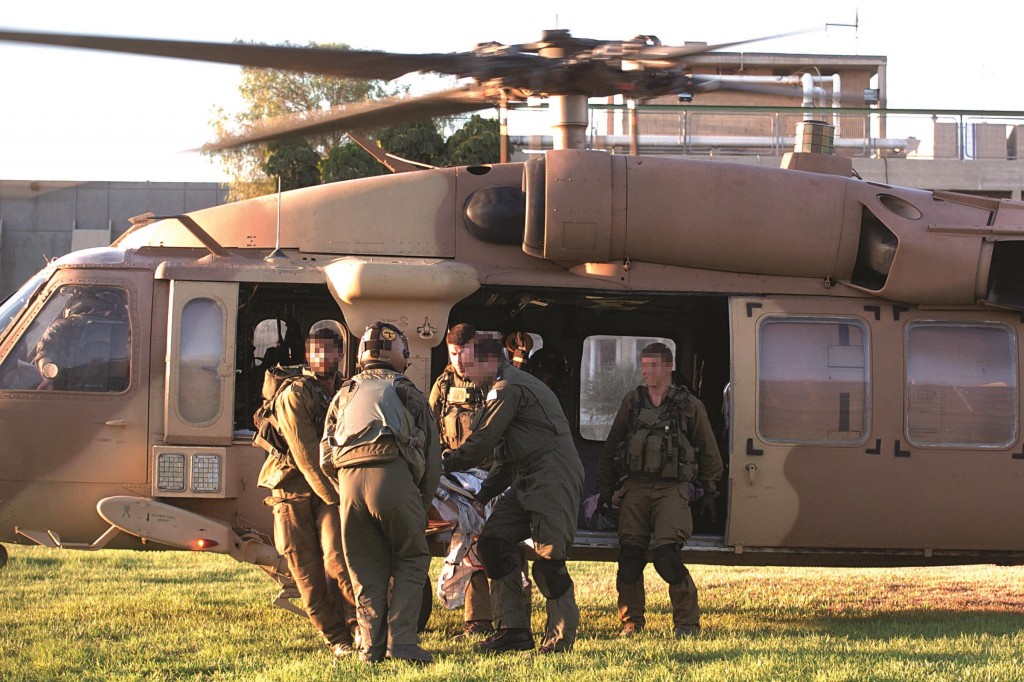 That’s it. It looks like this war might finally be over. However, nothing is ever certain in our region, but there are good signs. The 12th ceasefire that took effect last night will hold until it collapses, before the 13th ceasefire is declared. The only question is how much time will now pass between the current end and the next beginning. That’s the whole story. Will it be eight years, like after the Second Lebanon War, or will only a few moths pass, as has happened between previous ceasefires, or what we have become used to calling “short rounds of fighting in the south.”

And now for a few statements that I know will set a few tempers flaring. First and foremost, it’s good that it’s over and it’s even better how it ended. As Jews who fear for the lives of their brethren, every other ending would have cost a lot of lives, especially of soldiers, but also of civilians, and if it was possible to prevent this, it was preferable, even incumbent upon us to do so. And therefore, stopping the operation at this stage, before it escalated into another ground operation;  bigger deeper, and more painful than the last one, is a praiseworthy move.

Is this conclusion good for Israel? No. Not at all. Yerushalayim entered a ceasefire after having dealt a blow to Gaza, but with meager achievements in its direct conflict with Hamas. The terror organization is still on its feet. Yes, it is weakened. It has lost many people as well as a third of its missile and weapons arsenal. But it hasn’t waved any white flags, and its most senior officials are emerging from their bunkers dressed in their tailored suits and smiling.

True, they are fake smiles, but as long as they were not injured, and the Hamas framework still exists, they will be able to recover. Israel is staking a lot on what the Egyptians will do to thwart renewed weapons smuggling to the organization. It’s not worth depending too much upon them. International pressure will mount soon and Yerushalayim will have to face those who will press for a removal of the blockade in one way or another. We will be able to talk grandly about disarming the Strip, but the entity and framework that will be able to execute and oversee such a process has yet to be been born. As such, disarmament is something of a pipe dream.

Israel is emerging from this war battered and embarrassed. A small, marginal terror group, without aircraft, tanks, drones or satellites stood up to it for 50 days. Israel consciously made the decision to establish red lines that it would not cross. It would only “deter” the second side, and wouldn’t “destroy” it. In other words, it came to terms with the fact from the beginning that it would not win this round. It had no intention of completely decimating the enemy.

And the little enemy read the map correctly and went to the limits of its endurance, knowing that Israel would be the one to blink first. Because if Israel had no intention of entering the Strip again, and wasn’t going to liquidate the top leaders, or destroy the government framework, or stop the rocket fire, then it would be only a matter of time before Israel’s citizens would tell its leaders, enough. And it happened.

Israel, in contrast to what a senior official said tonight, is not concluding this war without any pledges to Hamas. The Egyptians included an immediate agreement by Israel to open more crossings, to expand the fishing zone and to transfer construction materials to rebuild Gaza, in their proposal for a ceasefire even before a discussion was held about who and how these shipments would be supervised.

Israel caved in even before receiving a guarantee from the US to ward off an international attack on Israel that will begin next week at the United Nations, where resolutions will be made that will back Israel into a corner. It is apparently the reason that the politicians agreed to an Egyptian dictate, for all intents and purposes, without the cabinet even meeting to discuss the paper that Egypt sent Israel before accepting it. Did anyone really look at what Israel was promising?

There’s not a single Israeli achievement in the Egyptian paper. Yerushalayim is not even sure if, this morning, or tomorrow, Hamas will not begin rebuilding tunnels. What will Israel do then? Violate the ceasefire? And what will happen if more missiles are smuggled into the Strip next week, or terrorists plan an attack, will it preempt by attacking or will it be afraid that it will be perceived as breaking the deal?

True, the side more eager for a ceasefire (but not to end the conflict) was Hamas. They needed some respite from the pressure Israel had put them under. Now, after a few days or weeks, they’ll go back to their ways. There’s no doubt about it. The terror organizations are not giving up, despite the blows they have sustained. They are submissive when they are defeated. But here, they were not defeated. And therefore, there is a very real danger that hostilities will flare up again in the not so distant future.

In another month, or even before, the talks between the sides will begin. Of course, they won’t go anywhere. Who will guarantee that at that point, Hamas won’t decide, after its people have recovered a bit, to return to the violence, as part of the pressure on the negotiations?

Israel will want to insist on certain security arrangements that will guarantee that Hamas will not rearm itself. That the region will be disarmed. That no more tunnels will be built. Its means of pressure will be preventing construction materials from getting into Gaza. And then the international pressure on Yerushalayim will come very quickly and it will be brutal — led by the Turks and the Qataris, the Europeans and others, who will try to send “inspected” ships with only construction materials on board. Will Israel be able to prevent this? It is doubtful. And it will quickly become clear that even this one card that Israel holds is not entirely in its hands.

Israel will ask that a supervisory body be installed at the crossings, and ultimately, it will have to agree to having the Palestinian Authority on the job. So whatever Israel did not want to accept, it will get through the back door.

The next few months will be full of criticism of how the operation was managed and how the decisions were made. And harsh criticism of what Israel did to the Strip is sure to follow. The government and the country are facing tough days ahead. There will be intense scrutiny over the way the battles were waged and over how Gazans were treated and handled — the encouragement to stay there and the push to make them go back prematurely.

As it says, tam — velo nishlam.