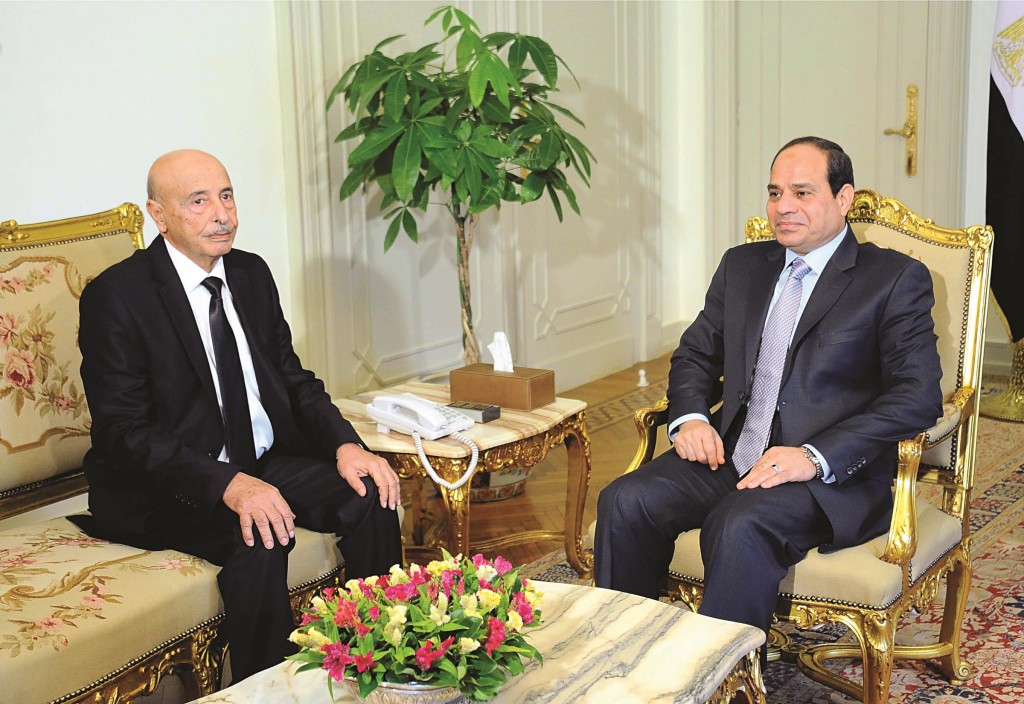 Egypt and the United Arab Emirates secretly carried out airstrikes against Islamist militias inside Libya, the United States publicly acknowledged Tuesday, another sharp jolt to American-led attempts over the past three years to stabilize Libya after dictator Muammar Gadhafi’s overthrow.

One official said Egypt, the UAE and Saudi Arabia for months have been supporting a renegade general’s campaign against Libyan militant groups, but that the Saudis don’t appear to have played a role in recent strikes. The Libyan government is too weak and disorganized to fight the militia itself. Another official said the U.S. was aware that Egypt and UAE were planning strikes and warned them against it. Neither U.S. ally notified Washington before launching the strikes, officials said.

But U.S.-led international efforts to secure the country clearly are fraying as impatience in the region grows. Libya is undergoing its worst violence since rebels ousted Gadhafi in 2011. Tripoli’s international airport is largely destroyed and diplomats, foreign nationals and thousands of Libyans have fled. The U.S. embassy there is closed, nearly two years after the U.S. ambassador was killed while visiting Benghazi.

Since then, powerful militias have seized power and the central government has proved unable to create a strong police force or unified military. In recent months, Islamist fighters have confronted a backlash, losing their power in parliament and facing a counteroffensive by former Gadhafi and rebel Gen. Khalifa Hifter. Washington doesn’t support the general. But some of Libya’s neighbors, fearful of the growing power of the Islamist extremists, are helping him.

Although Britain, France, Germany and Italy joined the U.S. in expressing their concerns about the airstrikes, Egyptian officials denied involvement and the Emiratis haven’t commented. The airstrikes reflect growing international division, with Egypt and the UAE, two of the region’s most powerful, anti-Islamist governments, deciding they needed to act to prevent Libya from becoming a failed state and a breeding ground for jihadist activity throughout the Arab world.

A U.S. official said recent airstrikes were done without authorization from Libya’s government. The officials weren’t authorized to speak publicly on the matter and demanded anonymity. The Egyptian and UAE role in the strikes was first reported by The New York Times.

The strikes happened as Islamist-backed militias were engaged in ongoing fighting for control of the Tripoli airport. They occurred on two days in the last week.

“We have no direct connection to any of the military operations on the ground in Libya,” he said.