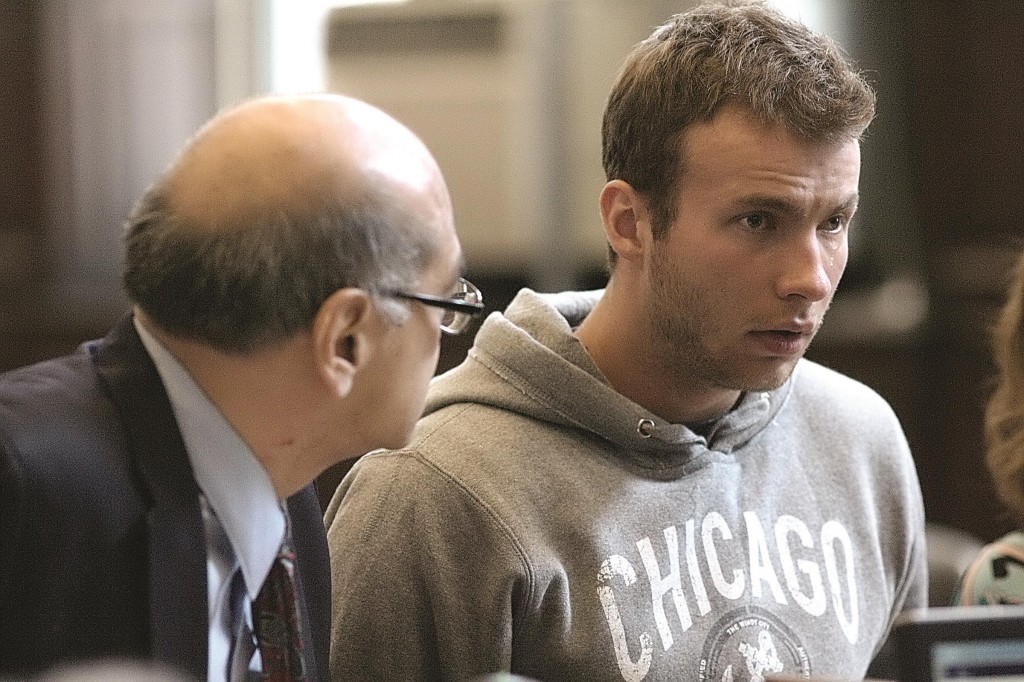 A Russian tourist on Sunday climbed to the top of the Brooklyn Bridge to take pictures for fun in the landmark’s second security breach in a month.

Yaroslav Kolchin was charged with reckless endangerment, trespassing and disorderly conduct. Police said they spotted the 24-year-old Moscow man ascending a cable at about 12:15 p.m. Sunday. He reached the top of the tower, took pictures with his smartphone and was arrested as he descended.

He told police he did it for fun, according to a court complaint.

Prosecutors said his arrest required a “high allocation of resources.” He posed a danger to the high volume of pedestrians gathered who passed beneath  him on a warm and sunny Sunday afternoon, they said.

Mayor Bill de Blasio said the city is launching a “full scale review” of security at the bridge but assured New Yorkers that they are being kept safe.

“You can hold me accountable and [Police] Commissioner [William] Bratton accountable,” the mayor said. “We are in the process of making changes in the way we protect the bridges that are our responsibility.”

The city is boosting security at the bridge — and the three other East River crossings under its jurisdiction — by authorizing additional police foot and scooter patrols, installing more signage marking restricted areas and enhancing physical barriers to deter climbers.

The NYPD and the Department of Transportation are also installing a network of cameras and sensors along the bridges’ towers.

A recent graduate from a Russian university, Kolchin works in advertising, he told his lawyer, Paul Liu, through a Russian translator. He was visiting New York with a tour group, but the group has returned to Russia.

Kolchin was being held on $5,000 bond after his arraignment Monday in Brooklyn and ordered to hand over his passport. Liu told Judge Raymond Rodriguez that Kolchin did not expect to make bail.

Kolchin’s next hearing was scheduled for Aug. 29.

On July 22, two American flags were swiped from the bridge and replaced with white ones, prompting security concerns. And last Wednesday, pro-Palestinian demonstrators hung a huge banner from the Manhattan Bridge calling for a boycott of Israel.