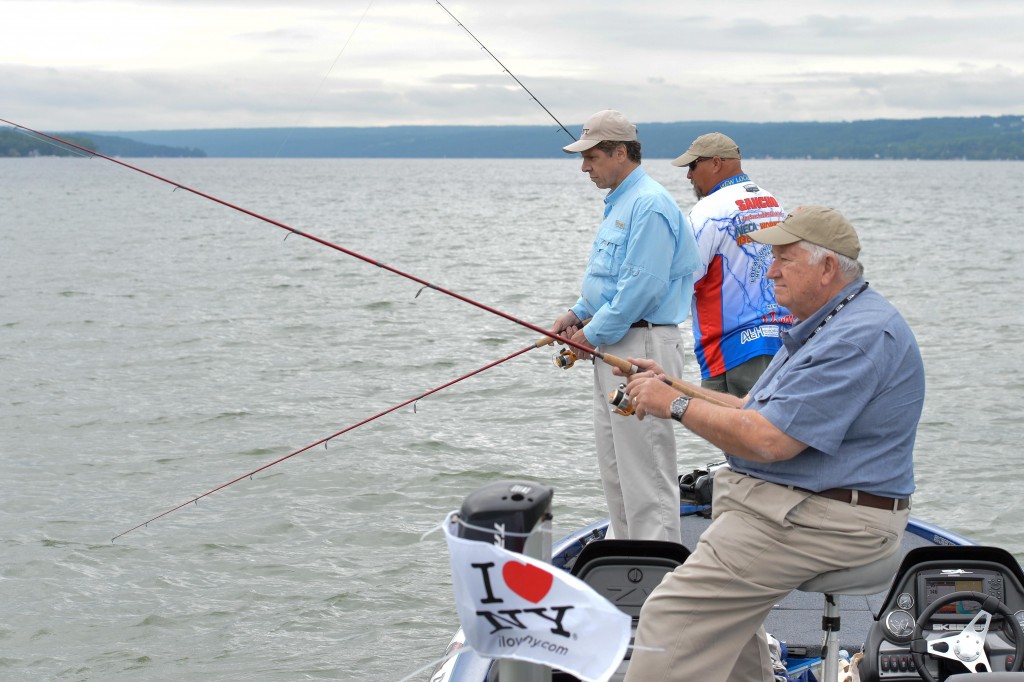 New York’s finest fishing waters from Long Island to the Thousand Islands are featured in a tourism ad campaign unveiled by Gov. Andrew Cuomo over the weekend.

Cuomo was in the Finger Lakes hosting the Bassmaster Governor’s Challenge on Owasco Lake, one of a series of tourism promotional events held by Cuomo around the state, which have included snowmobiling in Tug Hill and whitewater rafting in the Adirondacks.

The advertisement invites people to visit some of New York’s 7,500 lakes and ponds and 50,000 miles of rivers and streams.