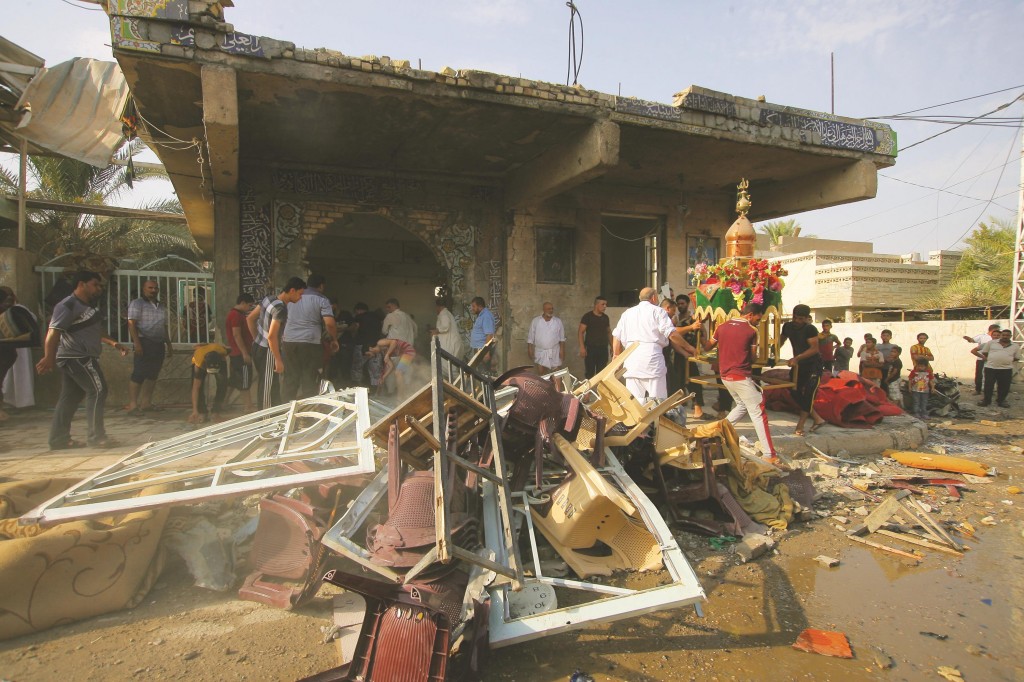 The Iraq war was once again front and center on the campaign trail in New Hampshire last week, with a Democratic president under fire.

The execution of native son James Foley at the hands of Islamic terrorists thrust the issue to the fore, leading residents to debate how far the U.S. should go to stop them in Iraq and whether the government had done enough to rescue Foley.

But even before that, Republican Senate candidate Scott Brown was using Iraq to attack the Democratic incumbent, Sen. Jeanne Shaheen, for supporting what he called the president’s “incoherent foreign policy.”

“Our allies don’t trust us; our foes don’t fear or respect us. We’re in trouble,” Brown, a former reservist in the Army National Guard, said at a town hall meeting last week, noting the instability in Iraq, Ukraine and Gaza. “We do not need rubber-stamp policy, rubber-stamping the policies of the president.”

The Iraq war was the target of President George W. Bush’s critics in 2006, and now the bull’s-eye has shifted to Obama, who won election in part on his promise to withdraw U.S. forces from Iraq. After applauding the president’s efforts to end the long U.S. entanglement in the region, Shaheen and other vulnerable Senate Democrats have found themselves on defense as American involvement escalates.

They know that they must energize Democrats and independents who have opposed U.S. involvement overseas in an election year that will determine who controls the Senate.

At the same time, they are facing an onslaught of attacks from Republicans who argue that a foreign policy approach espoused by Obama — and, by extension, his Democratic colleagues — has caused an eruption of problems around the world, with the expansion of Islamic State terrorists in Syria and Iraq and the execution of Foley serving as the latest examples.

With that delicate balance in mind, few campaigning Senate Democrats have rushed to confront the issue. When pressed, they have highlighted that the president insists he will not reintroduce ground troops in Iraq.

Still, Republicans have their own fine line to walk as they attempt to woo voters who are in an isolationist mood and reject a return to Bush administration policies.

Obama’s victory in the 2008 Iowa caucuses — and his strong support in New Hampshire, where Clinton eked out a primary win — was fueled in part by Democrats’ steady opposition to the Iraq war. Though Clinton and Obama both supported a phased withdrawal from Iraq during the 2008 campaign, Obama pounded Clinton for supporting Bush’s plan and authorizing the use of force in Iraq in 2002.

At a time when Clinton is weighing a second run for president in 2016, her differences with Obama on foreign policy are back in the spotlight. During the town hall gathering last week in support of Brown’s campaign, Sen. John McCain of Arizona used the former Secretary of State’s recent criticism of administration policy in Syria as a cudgel against Obama.

“These people are planning to attack the United States of America,” McCain said of Islamic State. “No one wants to send ground troops back in, but we’ve got to stop ISIS, and we’ve got to start, rather than vacillate and equivocate the way this president has done. … Even former Secretary of State Clinton has differed with him.”