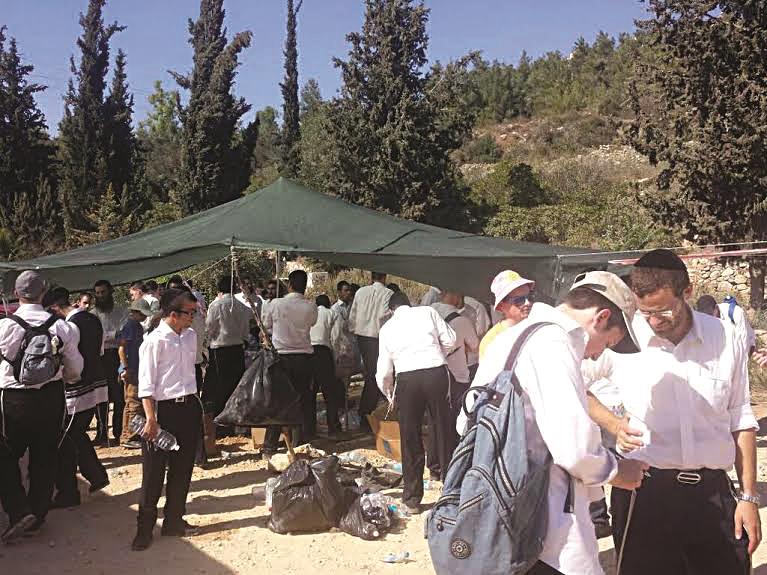 Police and rescue forces continued a massive search on Sunday to find Aharon Soffer, a 23-year-old yeshivah student from Lakewood, New Jersey, studying in Yerushalayim, who disappeared in the Jerusalem Forest last Friday during a hike with a friend.

At the instructions of Rabbanim, in view of the possibility that his life is in danger, sound cars were sent through residential areas during Shabbos, to announce the emergency, in hopes that he might be staying with a local family, unaware that his disappearance had caused concern. However, it was to no avail.

Scores of volunteers were  taken to the forest and surrounding area to help in the search, hoping to find some sign of his whereabouts. A helicopter also assisted in the search on Sunday.

But, as of Sunday night, there was still no trace of the missing bachur.

Soffer was last seen on Friday at about midday in the forest. He was hiking down a steep slope with a friend. The friend descended first, and Aharon followed slowly. At intervals, he would call up to him to check that he was still following, and Aharon would answer.

But at one point, there was no answer. His friend was unable to climb back up to look for him, so he continued down the slope, and then called for help.

The missing youth is thin, 5’9’’ tall, has a short red beard and wears glasses. He was last seen wearing black pants, a white shirt and a black kippah.

The police request the help of the public in locating him. Anyone with relevant information should immediately contact the police at 02-5391520, or the 100 emergency hotline.