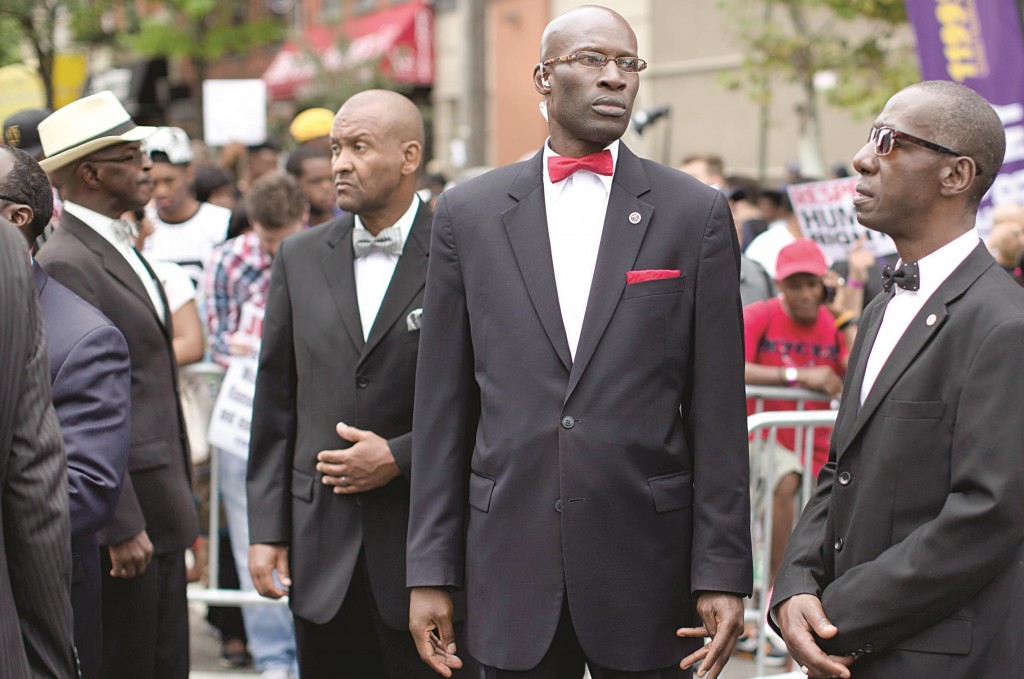 A crowd estimated at 2,500, lower than the 3,000 organizers said would attend, marched on Saturday through Staten Island to protest the death of an unarmed black man by a white police officer during an arrest.

Police reported no arrests after the afternoon rally led by Al Sharpton which ended at the spot where Eric Garner, an asthmatic, was taken to the ground on July 17 and died. Hundreds of placards were displayed, including some protesting the “occupation” of Gaza by Israel, and civil rights wrongs around the country.

Warned by state and local officials to stay away from violence, Sharpton reportedly told protesters to remain nonviolent or go home. He also repeated his call for a federal takeover of the criminal probe into the death of the 43-year-old Garner, who was being placed under arrest for selling loose, untaxed cigarettes.

Teachout, in a primary battle with Gov. Andrew Cuomo, tweeted a picture of the rally, in which a sign was prominently seen reading, “Google it!! Racist Israel now trains most U.S. Police Depts.”

But the most popular signs were “Hands up, don’t shoot,” which emerged during protests in Missouri over the police killing of Michael Brown, an unarmed black 18-year-old, and “I can’t breathe,” Garner’s last words, documented in a widely seen video.

Protesters walked alongside dozens of police officers in parade gear, including polo shirts and pants. There were also officers in formal blue uniforms, but none had riot gear.