Regional USS Saratoga Carrier Heads Off To Be Scrapped
Regional 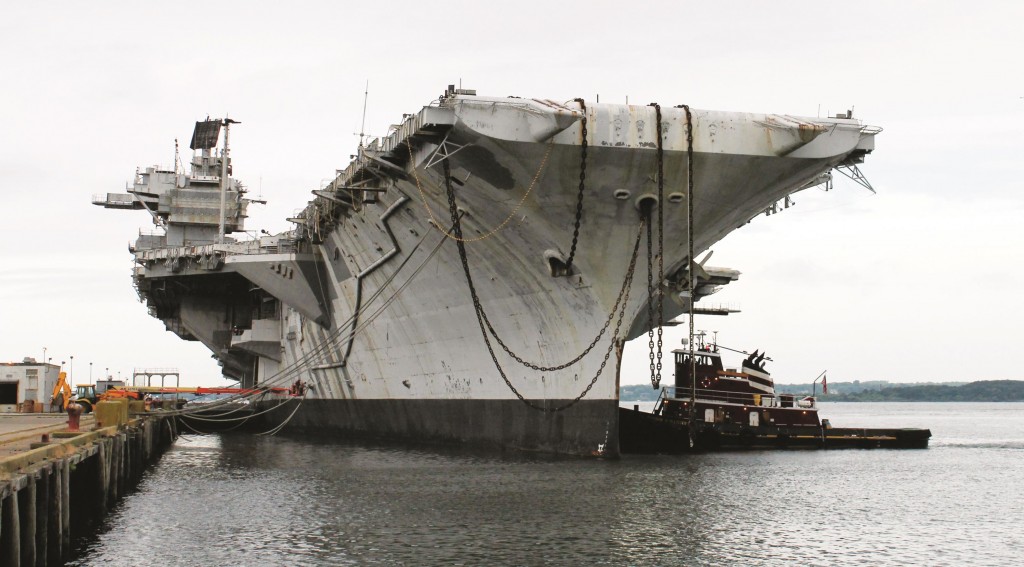 The decommissioned aircraft carrier USS Saratoga left its port in Rhode Island on Thursday for its final journey to Texas, where it will be scrapped.

The Esco Marine ship recycling plant is being paid a penny by the Navy to dispose of the Saratoga. It plans to make money by selling what it recovers from the ship.

“It’s a sad day in a way to see a great lady finish her career by being towed off to be scrapped,” said Bill Sheridan, who was involved in the effort to try to save the ship by turning it into a museum.

Tugs arrived at the station at about 6 a.m. Thursday and the lines that had held the carrier to the pier for 16 years were cut. The carrier passed under Newport’s Claiborne Pell Bridge and by Fort Adams at midmorning, where people had gathered to watch it go. The trip is expected to take about 16 days.

More than 100 veterans from all eras of the carrier’s life took part in a farewell ceremony at the naval station earlier this month. They walked along the pier, taking pictures and looking up at the Saratoga one last time.

The Saratoga — named for the decisive battle of the American Revolution fought in upstate New York — was commissioned in 1956 and completed 22 deployments before it was decommissioned in 1994. It was off the coast of Cuba during the Cuban Missile Crisis, off of Vietnam during the Vietnam War and in the Persian Gulf during the first Iraq War. It arrived in Newport in 1998 and fell into disrepair.

The Navy took the Saratoga off the donation list in 2010 after another carrier, the USS John F. Kennedy, became available for a museum. There are plans for a memorial to the Saratoga on board the future Kennedy museum.

The Saratoga, Sheridan said, is “gone but not forgotten, and always remembered in our hearts.”