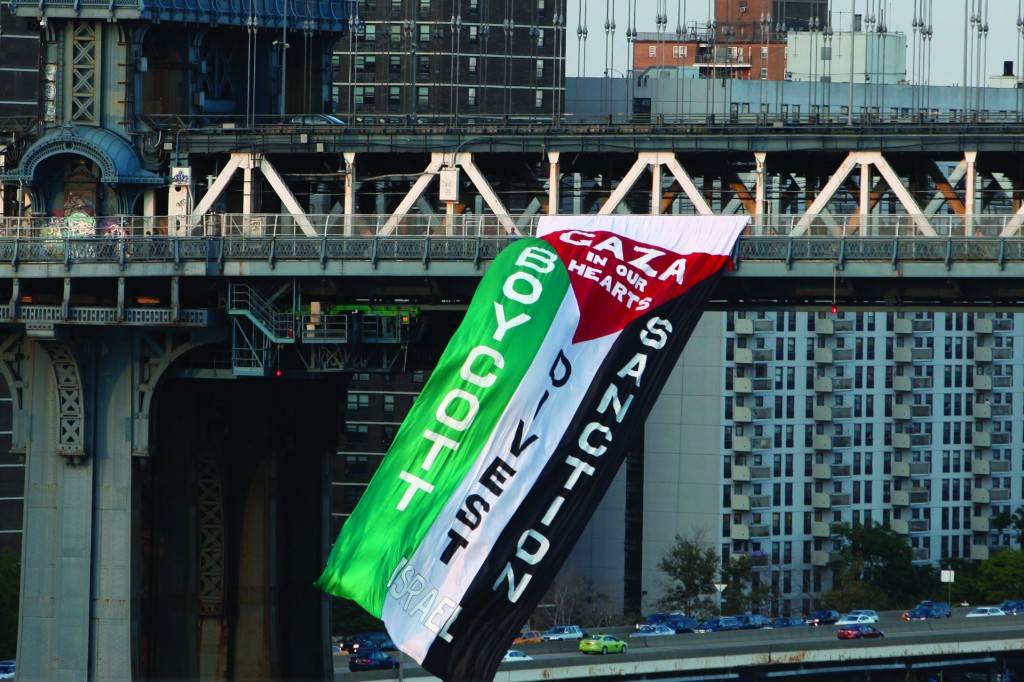 A huge Palestinian flag was unfurled alongside the Manhattan Bridge on Wednesday evening as pro-Palestinian protesters crossed that bridge as well as the Brooklyn Bridge to highlight what they say is close cooperation the NYPD has with Israel.

The flag, which had the words, “Boycott, Divest, Sanction,” on it, hung from the bridge for at least 30 minutes before it was removed, the Gothamist reported.

The march, which began in Brooklyn at Cadman Plaza and was bound for 1 Police Plaza in Manhattan, attempted to draw comparisons to Israel’s defensive measures in Gaza and the killing last week of a black teenager by Ferguson, Missouri, police.

The incident occurred weeks after two German artists replaced the U.S. flag on the Brooklyn Bridge with white surrender flags. They said they did it to commemorate an artist for the anniversary of his death.