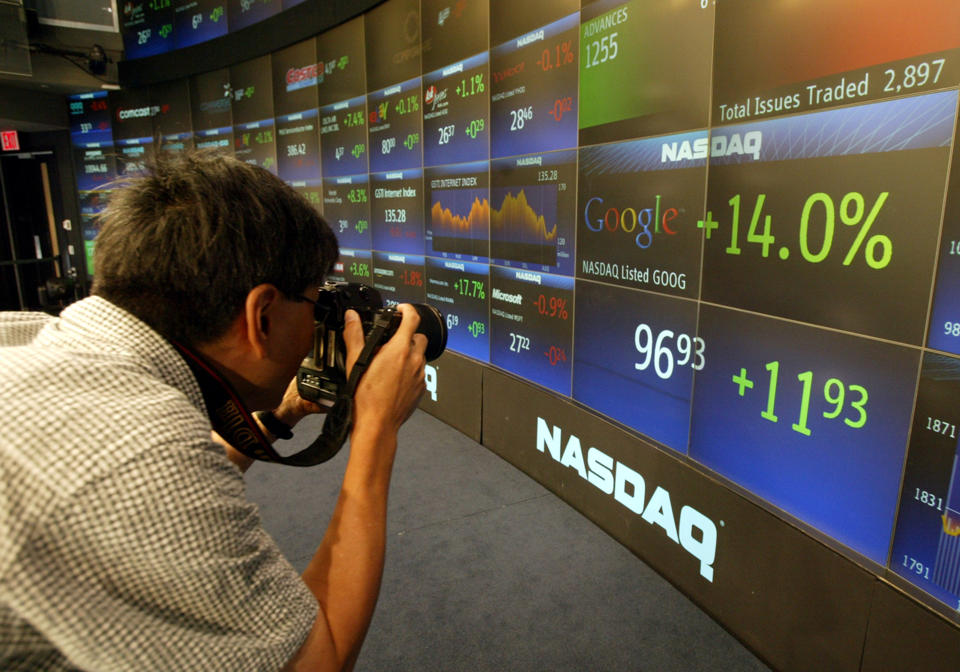 Google’s IPO, a decade ago this week, launched the company on a trajectory that continues to reshape its business and much of the world in its orbit.

And CEO Larry Page is determined to push even further.

Page’s vision is that Google’s products and services will become the control center of people’s lives: The company’s driverless cars will chauffeur people around safer roads and deliver goods within hours of an online order. People won’t even have to bother leaving their homes, which will be made more comfortable and enjoyable through the use of smart appliances. Robots will handle tedious chores and other jobs, freeing up time for people to enjoy lives prolonged by health-management tools and disease-fighting breakthroughs engineered by Google. Internet-connected eyewear and watches will supplement the smartphones that ensure Google is a constant companion capable of anticipating questions and desires.

Google’s big bets are fueled by Page’s belief that “… incrementalism leads to irrelevance over time, especially in technology, because change tends to be revolutionary, not evolutionary,” he wrote in May in Google’s annual letter to shareholders.

Although Page has been taking risks since he co-founded Google with Sergey Brin in 1998, the stakes probably wouldn’t be as high if not for the company’s pivotal IPO on Aug. 19, 2004.

Besides raising about $1.2 billion in cash, the IPO empowered Google Inc. with a stock that the company used to attract more brainy engineers and buy promising companies. Google now employs 52,000 workers, some 20 times more than at the time of the IPO, and has snapped up more than 250 companies in the past 10 years.

The ambitious expansion has extended Google’s empire far beyond the influential search engine that processes more than 100 billion queries each month and still brings in most of the company’s projected $67 billion in revenue this year. Now, Google is also a leader in email, web browsers, internet video and mobile computing.

The company already has amassed so much power that it has been the subject of broad antitrust investigations in the U.S. and Europe, amid allegations that it uses its size and stature to stifle competition. The Federal Trade Commission absolved Google of wrongdoing last year, while the European Commission is still examining the issue.

When Google filed its IPO paperwork in April 2004, the iconoclasm of Page and Brin shone through the legalese and standard boilerplate language. The duo included an “owner’s manual” that declared Google’s intent to remain an unconventional company that pampered its employees, made risky gambles on long-term projects at the expense of short-term earnings growth and paid little heed to the unwritten Wall Street rules that prod executives to offer financial forecasts each quarter.

In another break from tradition, Page and Brin set up a bidding process known as a “Dutch auction” designed to give a larger pool of investors an opportunity to determine the IPO price and buy the stock before it began trading on Nasdaq. This differed from the usual system that depends on bankers to set the IPO price and distribute the pre-trading shares to their preferred clients, who often expected to get them at a slight discount.

Investors who bought Google’s stock on the first day of trading have been richly rewarded. The shares rose 18 percent to close at slightly above $100 in their Wall Street debut, and have never fallen below the IPO price. Adjusted for a split completed earlier this year, Google’s stock has risen roughly 14-fold, leaving the company with a market value of nearly $400 billion. Only Exxon Mobil Corp. and Apple Inc. are worth more.

Google’s performance helped stoke demand for the IPOs of other rapidly growing internet companies. Facebook Inc. would never have been able to command a market value of $104 billion when it went public in May 2012, nor would Chinese e-commerce conglomerate Alibaba Group’s expected IPO value be at $150 billion, if Google’s IPO hadn’t performed as well as it had, said longtime IPO expert and University of Florida finance professor Jay Ritter.

Google’s IPO turned most of the company’s roughly 2,500 employees at the time of the IPO into millionaires, including such employees as its head chef. Even more wealth was created as Google helped turn the internet and mobile devices into gold mines for workers with programming skills and ingenuity.

But the high-tech boom has also created an ever-widening gap in the San Francisco Bay Area between people employed in the industry and a sizable population of locals who increasingly have trouble making ends meet as the region’s cost of living steadily escalates.

“If you already own a home here, you are golden,” says Michael Kasperzak, a city councilman in Google’s hometown of Mountain View, California. “If you don’t, you are in a world of hurt.”

It’s getting tougher to pay the rent, too. Apartment rents have nearly doubled during the past decade in the three counties where many Google and other high-tech workers live: In San Francisco, the average is $3,229 per month; in San Mateo, it’s $2,470; and in Santa Clara, it’s $2,321.

Google won’t give geographic breakdowns of where its workers live, but a substantial number of its nearly 50,000 employees are based in Mountain View. Even though Google deploys a fleet of shuttle buses in San Francisco and other parts of the Bay Area to transport its workers to Mountain View, the traffic is so bad in the mornings and evenings that Kasperzak says the city may have to consider imposing tolls during the most heavily congested hours.

Despite the headaches, “it’s still pretty cool having one of the most recognizable brands in the world in your town,” says Kasperzak. He just wishes he hadn’t been forced to sell his four shares of Google stock at a split-adjusted $150 a few years ago to avoid potential conflicts of interest.