Technology Charter a Flight With the Tap of an App
Health, Science & Technology 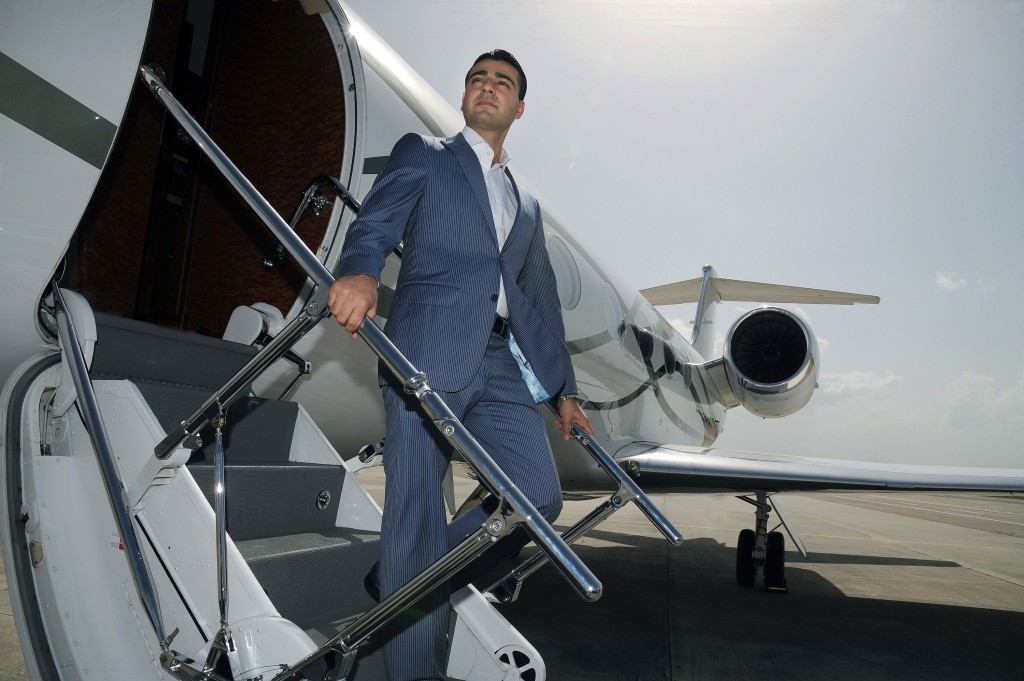 Boca Raton, Fla.-based JetSmarter wants to fly away with the consumer market for private jets.

The year-old venture connects consumers with charter jets via a mobile app, bypassing brokers and their fees.

Founder Sergey Petrossov said that in the brokerage industry, “there’s very little transparency.” With the JetSmarter app, consumers can see the prices — anywhere from $5,000 to $600,000 for a private charter.

The 26-year-old chief executive is a 2009 graduate of the University of Florida. He previously founded two technology businesses in his native Russia.

JetSmarter has partnerships with 800 vendors with 3,200 airplanes worldwide, making money from the fees charged to carriers that post their jets for charter. JetSmarter has 36 employees and is on track to do at least $25 million in revenues this year, Petrossov said.

The service also appeals to frequent business fliers who don’t want the hassle of waiting in security lines at the airport, he said.

The app is free, but JetSmarter offers perks for those who pay $6,999 a year for its loyalty program, which provides discounted pricing, a points reward program and access to exclusive events.

Jeff Reis, managing director of Executive Air Services in South Florida, said JetSmarter makes the industry more efficient. Operators can fill empty leg runs — planes that are repositioning and charters that would otherwise be empty if not sold.

About 30 percent of all private charters fly empty, according to JetSmarter.

Other companies that have set out to streamline the industry include Boca Raton-based DayJet, which shut down in 2008 due to a financial shortfall, and Columbus, Ohio-based NetJets, a Berkshire Hathaway company. Their models differ from JetSmarter in that they had or operate their own fleet of jets. JetSmarter owns no jets, working instead with independent operators.

One day while shopping, the Fort Lauderdale business executive found he needed to be in California by the next day. So he took out his smartphone and tapped the JetSmarter app.

“I did my meeting and flew back,” Spagnuolo said. “It’s a huge benefit from a time standpoint.”