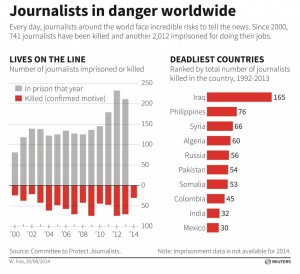 The United States launched a new barrage of airstrikes Wednesday against the Islamic State terrorist group that beheaded American journalist James Foley and that has seized a swath of territory across Iraq and Syria. President Barack Obama vowed relentless pursuit of the terrorists and the White House revealed that the U.S. had launched a secret rescue mission inside Syria earlier this summer that failed to rescue Foley and other Americans still being held hostage.

In brief but forceful remarks, Obama said the U.S. would “do what we must to protect our people,” but he stopped short of promising to follow the Islamic State in its safe haven within Syria, where officials said Foley had been killed. Later, though, the administration revealed that several dozen special operations troops had been on the ground in Syria briefly in an effort to rescue the hostages, but did not find them.

And looking forward, the State Department refused to rule out future U.S. military operations in Syria, where Obama has long resisted intervening in a three-year civil war.

Western nations agreed to speed help to combat the terrorists — most notably Germany, which bucked public opposition by announcing it would arm Iraqi Kurdish fighters to battle the Islamic State. French Foreign Minister Laurent Fabius said he was outraged by the beheading, deeming it evidence of a “caliphate of barbarism.” Italy’s defense minister said the country hopes to contribute machine guns, ammunition and antitank rockets.

The Islamic State called Foley’s death a revenge killing for U.S. airstrikes against terrorists in Iraq, and said other hostages would be slain if the attacks continued. Undeterred,  the U.S. conducted 14 additional strikes after a video of the beheading surfaced, bringing to 84 the number of airstrikes since they began on Aug. 8.

Two U.S. officials said additional American troops — probably less than 300 — could be headed to Iraq to provide extra security around Baghdad, where the U.S. Embassy is located. That would bring the total number of American forces in Iraq to well over 1,000, although officials said no final decision had been made. The officials spoke on condition of anonymity because they were not authorized to discuss the matter by name.

Foley’s mother said she is praying for other hostages being held by the Sunni-dominated terror group, and described her son’s slaying as “just evil.”

The Islamic State terrorists have promised to eliminate all people they consider heretics in their quest to create an extremist state across much of Iraq and Syria.

“We will be vigilant and we will be relentless,” Obama said, urging unity among Mideast governments in order to eviscerate the terrorist group’s growing power. He spoke from Martha’s Vineyard in Massachusetts, where his family is vacationing.

In capitals across the Middle East, news of Foley’s death was met largely with silence, even in Syria and Iraq — the two countries where the Islamic State is strongest. On social media, people in the region condemned Foley’s killing, but stressed that the Islamic State has been committing atrocities against Iraqis and Syrians for years.

The secret mission to rescue the U.S. hostages involved several dozen special operations forces dropped by aircraft into Syria. The hostages weren’t found, but special forces engaged in a firefight with Islamic State terrorists before departing, according to administration officials. Several terrorists were killed, and one American sustained minor injuries.

“The U.S. government had what we believed was sufficient intelligence, and when the opportunity presented itself, the president authorized the Department of Defense to move aggressively to recover our citizens,” Lisa Monaco, Obama’s top counterterrorism adviser, said in a statement. “Unfortunately, that mission was ultimately not successful because the hostages were not present.”

Foley, a 40-year-old journalist from Rochester, New Hampshire, was no stranger to war zone reporting. He went missing in northern Syria in November 2012 while freelancing for Agence France-Presse and the Boston-based news organization GlobalPost. The car he was riding in was stopped by four terrorists in a contested battle zone that both Sunni rebel fighters and government forces were trying to control. He had not been heard from since.

He was one of at least four Americans still being held in Syria — three of whom officials said were kidnapped by the Islamic State. The fourth, freelance journalist Austin Tice, disappeared in Syria in August 2012 and is believed to be in the custody of government forces in Syria.

The Islamic State video of Foley’s beheading also showed another of the missing American journalists, Steven Sotloff, and warned he would be the next killed if U.S. airstrikes continued. U.S. officials believe the video was made days before its Tuesday release, perhaps last weekend, and have grown increasingly worried about Sotloff’s fate.

The New York-based Committee to Protect Journalists says that more than 80 journalists have been abducted in Syria, and estimates that around 20 are currently missing there. It has not released their nationalities. In its annual report in November, the committee described the widespread seizure of journalists as unprecedented and largely unreported by news organizations in the hope that keeping the kidnappings out of public view may help in the captives’ release.

At the State Department, spokeswoman Marie Harf did not rule out military operations in Syria to bring those responsible to justice, saying the U.S. “reserves the right to hold people accountable when they harm Americans.”

This article appeared in print on page 1 of the August 21st, 2014 edition of Hamodia.