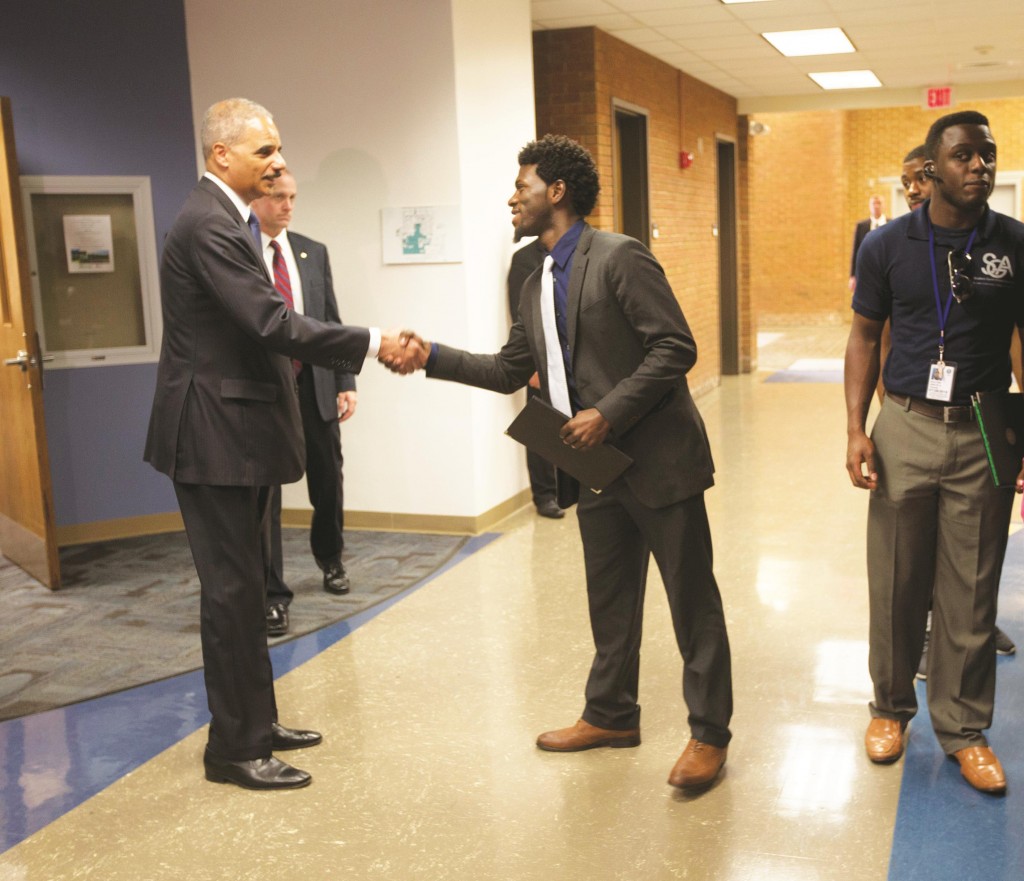 U.S. Attorney General Eric Holder arrived in Ferguson Wednesday to meet with federal investigators and reassure residents of the suburban St. Louis community torn by several nights of racial unrest since the fatal shooting of a black 18-year-old by a white police officer.

He told Ferguson community leaders that he has assigned the federal government’s “most experienced agents and prosecutors” to the investigation of a white police officer’s fatal shooting of a black 18-year-old.

While walking through Drake’s Place Restaurant in Ferguson, Holder told diners concerned about the recent clashes in the street, “we can make it better.”

He also met briefly with Missouri State Highway Patrol Capt. Ron Johnson, who has been in charge of security after the Aug. 9 shooting of Michael Brown sent protesters into the street with nightly, occasionally violent clashes with law enforcement officers. The National Guard has been called in to help keep the peace.

“We’re rallying against the criminals,” Johnson said. Asked whether he had confidence in the local investigation of the police officer, Johnson said: “General Holder, by being here, is a guarantee on that.”

The visit came the same day a grand jury in nearby Clayton was expected to begin hearing evidence to determine whether the officer should be charged in Brown’s death.

Holder was later visiting with FBI agents and other officials.

Outside the St. Louis County Justice Center in Clayton, where the grand jury was expected to convene, two dozen protesters gathered in a circle for a prayer, chanted and held signs urging prosecutor Bob McCulloch to step aside. Nearly two dozen officers guarded the building’s main entrance, which also was blocked off with yellow police tape.

The prosecutor, who is white, has insisted his background will have no bearing on the handling of the Brown case, which has touched off days of rancorous nighttime protests during which authorities used tear gas and rubber bullets to clear the streets of the St. Louis suburb where he was killed.

The protests were more subdued Tuesday night, with smaller crowds, fewer confrontations and no tear gas. Police said they still made 47 arrests, but mainly of people who defied orders to disperse.

In a letter published late Tuesday on the St. Louis Post-Dispatch website, Holder promised a thorough investigation while calling for an end to the violence in Ferguson. He said the bond of trust between law enforcement and the public is “all-important” but also “fragile.”