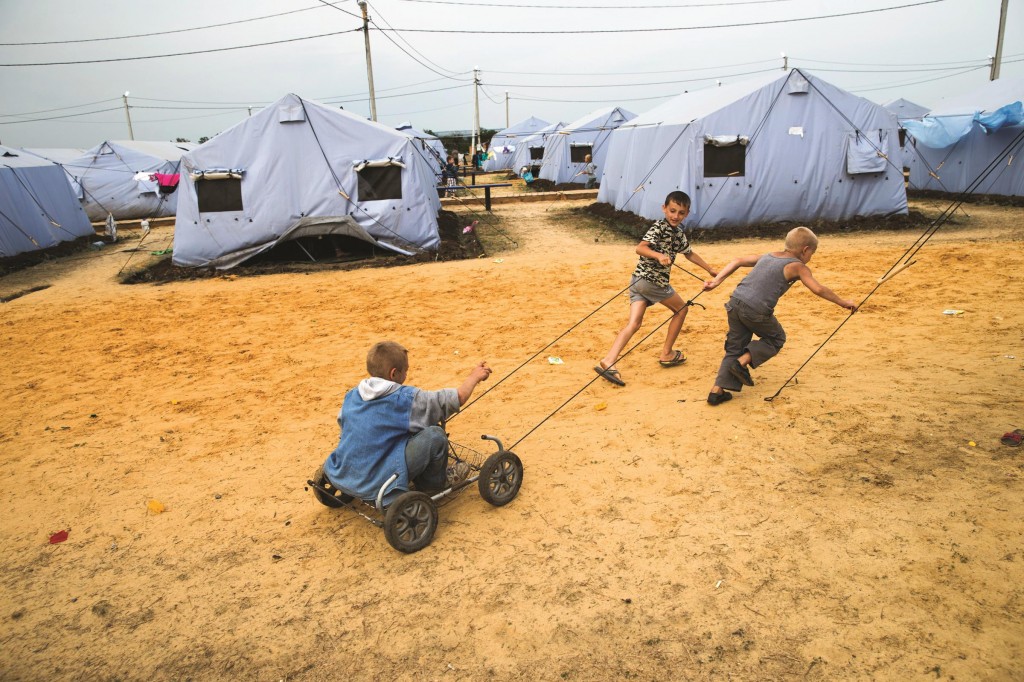 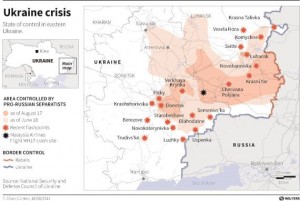 Ukraine accused pro-Russia separatists of killing dozens of civilians in an attack early Monday on a convoy fleeing a besieged rebel-held city. The rebels denied any attack took place, while the U.S. confirmed the shelling of the convoy but said it did not know who was responsible.

The refugees were attacked with Grad rockets and other weapons imported from Russia as their convoy traveled on the main road, Col. Andriy Lysenko, a spokesman for Ukraine’s National Security Council, told reporters.

“Many people were killed, among them women and children,” Lysenko said of the attack, which occurred between the towns of Khryashchuvate  and Novosvitlivka. “We are not able to count the death toll at this point.”

When asked about a rough estimate of deaths, he said “dozens.”

Donetsk rebel chief Alexander Zakharchenko insisted that no such attack had taken place. His deputy, Andrei Purgin, said he had no information about an attack and insisted it was not by his forces.

“If someone was killed, it wasn’t us but the Ukrainian military,” Purgin told the AP.

The road where Ukraine said Monday’s attack took place has been the scene of heavy fighting in recent days as Ukrainian forces try to seal off supply routes into Luhansk from Russia. It’s also the same road that would likely be the route taken by a controversial Russian aid convoy if Ukraine allows it into the country.

The war zone in eastern Ukraine is effectively off limits for journalists and lacks power in many places, limiting citizens from easily providing their own reports. All this makes independent verification impossible.

The United States condemned the attack, but said it was unable to confirm who was responsible.

“We strongly condemn the shelling and rocketing of a convoy that was bearing internally displaced persons in Luhansk and express our condolences to the families of the victims,” State Department spokeswoman Marie Harf told reporters in Washington. “All sides must take every precaution to protect innocent lives. We are unable to confirm reports of who was responsible for the shelling and rocketing.”

Fighting in eastern Ukraine has forced nearly 344,000 people to flee their homes, according to the U.N., a number that has only grown as the situation in rebel-held cities deteriorates. Running water and electricity have either been cut off completely in cities like Luhansk or are getting more limited by the day.