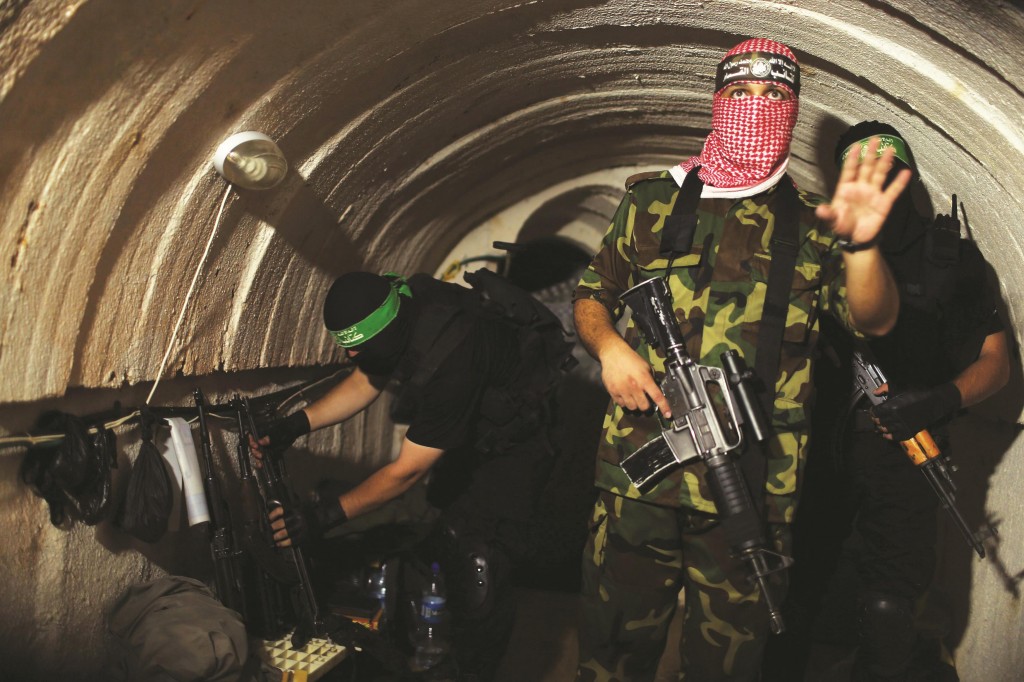 Hamas terrorists, clad in black and armed with assault rifles, led a rare tour for a Reuters reporter, photographer and cameraman through one of the infamous Gaza tunnels.

The tour appeared to be an attempt to dispute Israel’s claim that it had demolished all of the group’s border infiltration tunnels in the Gaza war.

But driven, blindfolded, to the secret location in a Hamas vehicle that made a series of turns, it was impossible for the Reuters crew to tell whether it was close to the frontier or further inside the Gaza Strip in tunnels untouched by Israeli bombing. It was not clear where the tunnel led.

The existence of the tunnel did not disprove IDF claims. By Israel’s own account, its ground forces focused only on destroying tunnels within 2 to 4.5 km of the border, while ignoring more distant connecting passages. During the Gaza offensive, Israel’s military took reporters through tunnels it discovered at the frontier.

The ceiling in parts of the tunnel was high enough to walk through — alternately on dry, concrete floors and muddy ground — without having to bend their heads.

It was impossible to gauge the tunnel’s length, but it had offshoots leading in different directions. Once inside, the sounds of traffic and Israeli drones that routinely fly over the territory of 1.8 million people could not be heard.

Hamas uses such tunnels to move and store weapons and keep its operatives out of sight of Israeli aircraft.