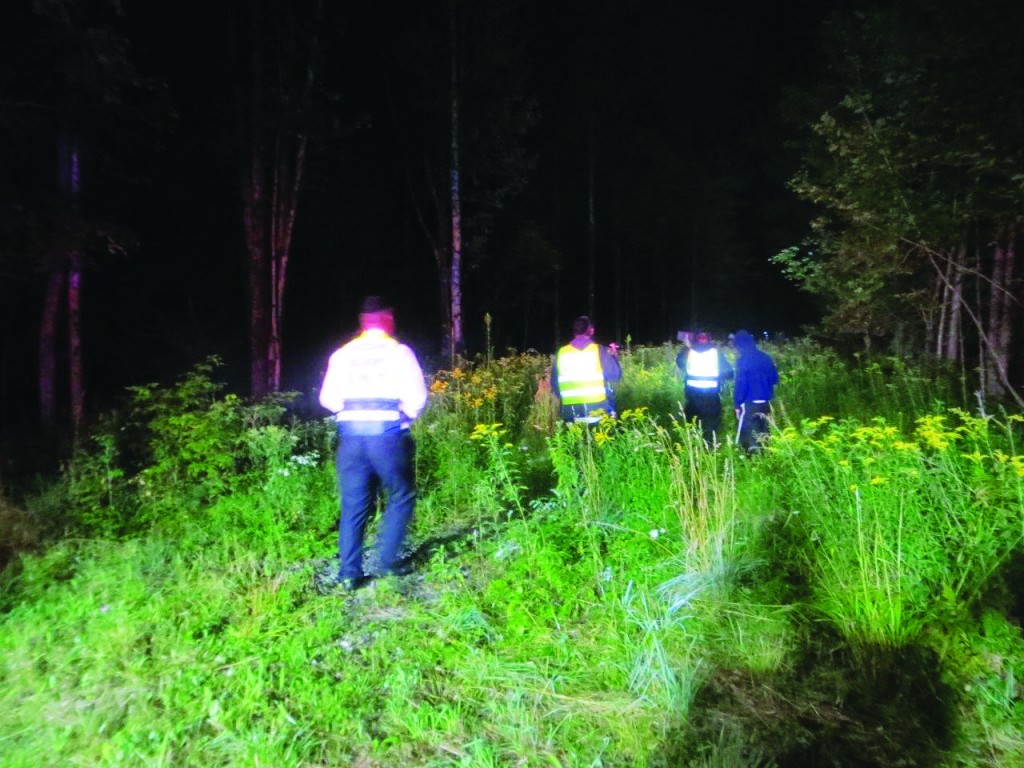 An entire night spent tearfully reciting Tehillim for five of their friends lost in the woods gave way early Monday morning to spirited singing and dancing by bachurim in Camp Kasho as the news came that they were found.

News that the five bachurim, all of whom were 14 or 15 years old, were lost provoked a massive search operation late Sunday afternoon, with dozens of Hatzolah and Chaveirim members from the New York City and Catskills areas converged on the camp, nestled in the woods of Swan Lake, in Ulster County.

It was an incident that ended joyously, but it brought out the necessity for camps to learn how to conduct searches for missing campers, and underscored the years of coordination with local and state law enforcement divisions by Jewish groups, the Ulster County Sheriff’s Department chaplain told Hamodia.

Rabbi Joel Gold said that when someone gets lost they should remain where they are, not try to find their own way out. Also, inexperienced searchers should not enter the forest on their own,  since it interferes with the ability of K-9 units to pick up the tracks.

“The number-one thing they should know when someone gets lost is not to try to enter the woods yourself,” Rabbi Gold said. “That is very important.”

The five bachurim left camp grounds on Sunday afternoon for a stroll in the woods. They emerged on the property of a neighbor, who yelled at them to “get back into the woods.”

The neighbor, who later said that he had been upset that boys from the camp had at times entered his property, cooperated with the police as the search was underway.

Meanwhile, the five boys went into the woods to head back for camp but got lost. At about 6:00 p.m., camp staffers notified Ulster’s Sheriff’s Department that their campers were lost. They arrived with search dogs and ordered several helicopters from the State Police in Albany.

However, due to the fact that so many others had gone into the forest to search, the dogs could not pick up the scent. Also, the canopy provided by the trees made a helicopter search unfeasible.

Therefore, at about 8:30, the call went out for a full-blown search of the woods, and Hatzolah and Chaveirim members from Boro Park, Flatbush, Williamsburg, Monsey, Monroe and the Catskills responded.

The search, led by the state Forest Rangers, was organized in a Misaskim command center, driven in from Boro Park. A half-dozen Hatzolah ambulances swooped into Swan Lake, their lights flashing through the night.

The Forest Rangers drew up a map of the area and sectioned it off into grids. They assigned a search party of about eight men per grid — with nearly 75 searchers altogether. They came prepared for a trek through the marshy grounds, wearing goggles and boots.

Back in Camp Kasho, the frantic friends of the boys began a Tehillim vigil in the beis medrash.

Meanwhile, the five boys continued walking in the forest, and became exhausted. They took turns sleeping on the forest floor as others stood guard.

When they heard people calling their names they screamed back, but nobody heard them. Eventually, they became frightened about who the callers might be, so they stopped responding. They later told rescuers that when they came out into a clearing they had noticed a helicopter. They waved their tzitzis in the air, but this went unnoticed.

The group was finally found about five miles away from the camp at about 5:30 a.m. Monday morning, as light broke over the horizon. They were taken to be checked out for hypothermia at Ellenville hospital and were released almost immediately.

In camp, the Tehillim recitation gave way to dancing when the news filtered in. As the car carrying them made its way into the camp, circles of dancers gathered around.

For askanim such as Rabbi Gold, it was the relationship cultivated over many years that led to such a smooth coordination.

“That is a relationship that we built over many, many years,” Rabbi Gold said. “When a situation like this happened, that relationship kicked in.”