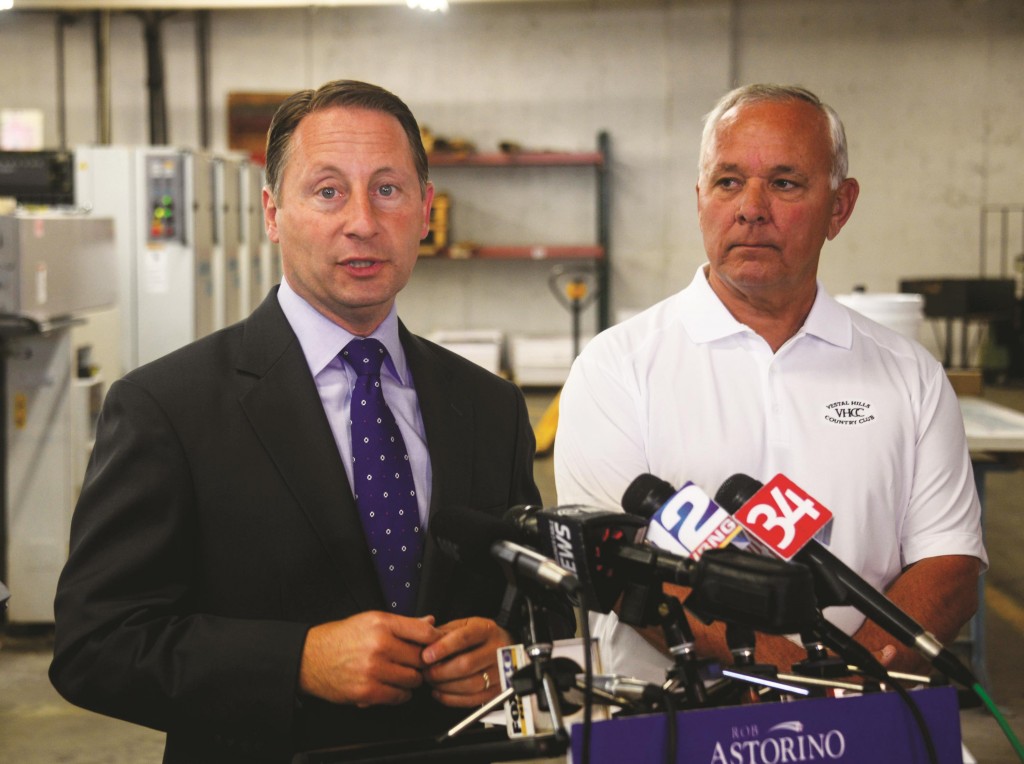 One of Astorino’s more unusual proposals is no highway tolls for farmers taking their goods to market.

The plan is one of the most comprehensive yet from the Westchester County executive, who is challenging Gov. Andrew Cuomo’s bid for a second term, and highlights an issue that both candidates say is a top priority: how to boost New York’s business climate and increase jobs, particularly in upstate regions grappling with decades of economic malaise.

“With the right policies in Albany, we absolutely can take New York out of the economic doldrums and get people working again with good paying jobs,” Astorino said.

Astorino’s plan calls for a review of thousands of state regulations and mandates that he says drive up the cost of operating a business in New York. He said he would eliminate incorporation fees for limited liability corporations and partnerships, and reduce the wait times for government permits.

His plan would also stop increases in state spending, eliminate a utility tax and impose a permanent cap on local property taxes. He wants to use billions of dollars in recent bank settlements on roads, bridges and mass transit.

Hydraulic fracturing, or fracking, is the most contentious part of Astorino’s plan. Astorino has said it would be a boon for rural areas, but environmental advocates and many Democrats say it’s an environmental risk. The state now has a de facto ban on fracking as Cuomo’s administration continues to study its effects.