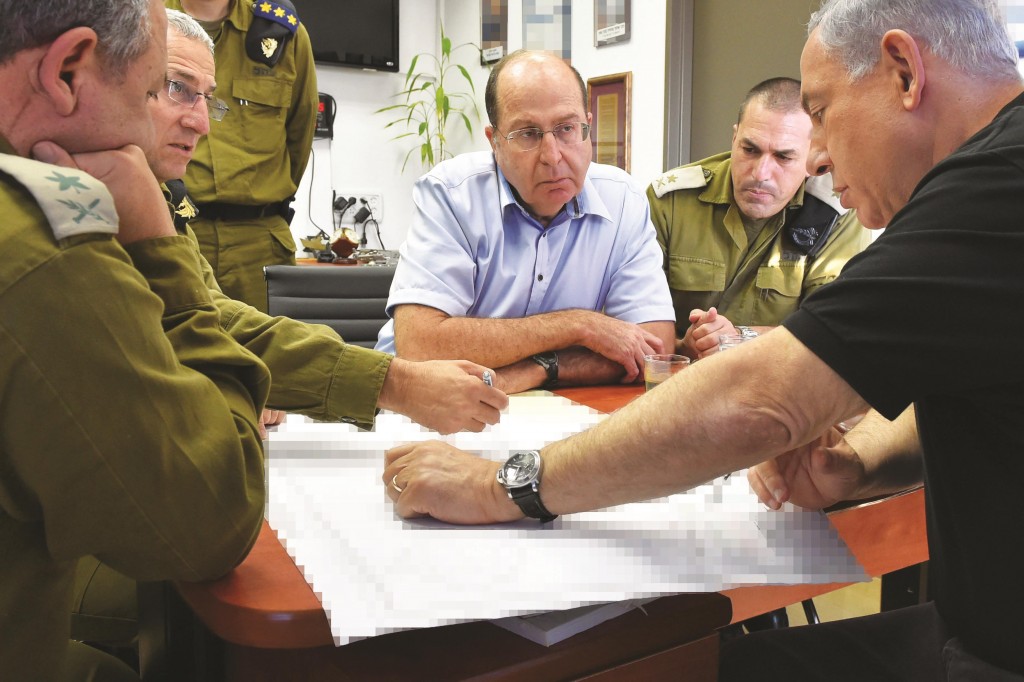 Amid reports of significant progress toward an agreement between Israel and Hamas, the two sides announced a 24-hour extension of the ceasefire, just minutes before it was due to expire Monday night at midnight.

An Israeli official and security source said in Yerushalayim that “on Egypt’s request the ceasefire shall be extended by 24 hours to allow further negotiations.”

A Palestinian official close to the talks in Cairo told Reuters the extension would give both sides time “to complete the negotiations.”

The announcement ended the latest of the ceasefire cliffhangers. The world waited for the Israeli cabinet to decide whether or not to accept an
extension of negotiations, some time after reports surfaced quoting Palestinian sources saying they had already accepted an Egyptian proposal. As of 11 p.m., the cabinet had not yet convened to decide on the offer, but word of an extension came less than an hour later.

There had been mention of a ‘breakthrough” earlier in the evening, but no details were made public officially on Monday night. Palestinian sources were sounding upbeat, compared to a non-committal Israel.

“There is optimism, and it seems as if the chances of reaching an agreement are better than they’ve ever been thus far,” said a Palestinian source currently in Cairo.

Ynet quoted Palestinian sources claiming that the pending agreement includes the following several points (which have not been confirmed by Israeli sources):

An end to the blockade of Gaza, including all crossings, and international supervision over entry of construction materials; rehabilitation of the Gaza Strip under the supervision of the Palestinian unity government; a of solution to electricity shortage; within a year; extension of permitted fishing zone from six to 12 miles within six months; an agreement, in principle, regarding a seaport, but a postponement of discussion for a month from the signing of the accord; the proposal sets new discussions — in a month — on the technical and administrative operations of the future port; postponement of deliberation on release of detainees for one month.

What has become Israel’s most central demand — demilitarization of the Gaza Strip — was conspicuously missing from the list, which represents the Hamas demands tempered by delay. Nor was it known what Hamas had to say about returning the bodies of two Israeli soldiers killed in Gaza during Operation Protective Edge.

On the contrary, Hamas seemed to regard Israel’s pressing of its security needs as an irritant.

“If Israel once again insists on demilitarization of the Gaza Strip, then their corrected document will be deemed unacceptable,” the Palestinian negotiator told the Turkish news agency Anatolia on Monday. “This issue needs to be addressed in talks for a long-term settlement that will yield the end of the occupation and the establishment of a Palestinian state.”

The near-agreement was the result of a grueling day of negotiations. “A six-hour negotiating session on Monday, after a nine-hour session on Sunday, led to agreement in a number of areas,” a Palestinian source is quoted as telling Ma’an.

Earlier Monday, an Egyptian official told the U.S.-backed Arab-language station Radio Sawa that “until the afternoon [Monday], there was no progress in talks between the sides.”

Tarek Fahmi, the head of the Israeli Unit at the Egyptian National Center for Middle East Studies, said that “the goal of the talks today is to neutralize the main crisis points, particularly [the question of] the Gaza airport and Israeli concessions regarding the sea, as well as the issue of the tunnels.” Fahmi said that the negotiating sessions that took place on Monday were “critical.”

“Israel insists on demilitarizing the Gaza Strip from rockets and missiles, and the declaration of a ceasefire that would last between five and seven years,” he said. “The Palestinian side has yet to compromise on any of the key questions.”

Fahmi added that there was an American proposal to bring the talks before U.N. mediation if the Cairo discussions fail to produce a deal.